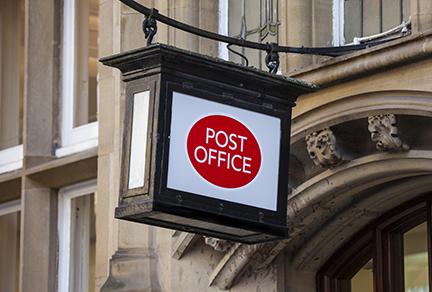 The government has announced a retired High Court judge is to chair its inquiry into the Post Office Horizon IT dispute, which saw dozens of postmasters falsely accused of accounting fraud

Sir Wyn Williams, who has over 28 years’ judicial experience, will head up the non-statutory inquiry, which aims to ensure there is a public summary of the failings that occurred at Post Office Ltd.

It follows Post Office Ltd reaching a settlement of £57.75m in December last year to conclude a long-running civil court case brought against it by a group of postmasters over issues related to its Horizon IT system.

The terms of reference for the inquiry have been expanded following feedback from former postmasters since they were first published in June.

Paul Scully postal affairs minister, said: ‘The Horizon dispute had a hugely damaging effect on the lives of postmasters and their families, and its repercussions are still being felt today.

‘It is essential that we determine precisely what went wrong at the Post Office during this period, so we can ensure the right lessons have been learnt, and establish what must change to make sure this cannot happen again.

‘That is why, having listened to former postmasters, we are expanding the scope of our inquiry to ensure it gathers evidence to build on Mr Justice Fraser’s findings, and have invited a retired High Court judge with a wealth of experience to lead it.’

The Justice for Subpostmasters Alliance (JFSA), which represented some 550 sub postmasters, has been in involved in a complex series of legal challenges with Post Office Ltd, after the introduction of a new accounting system in 1999 saw many reporting inaccuracies.

The Post Office maintained they were responsible for discrepancies in their accounts, while the subpostmasters maintained the shortfalls were down to problems with the software, supplied by Fujitsu. JFSA members had faced legal claims to return monies and, in some cases, had been given jail sentences. Many lost their businesses and some were declared bankrupt.

In the final High Court judgement on the issues, the judge ruled the earlier version of the Horizon computer system was not ‘remotely robust’, resulting in a ‘significant and material risk’ of branch accounts suffering from ‘bugs, errors and defects’, and rejected the Post Office’s appeal stating it was based on the premise that it ‘was not obliged to treat [postmasters] with good faith, and instead entitled to treat them in capricious or arbitrary ways which would not be unfamiliar to a mid-Victorian factory-owner.’

At the start of the Covid-19 pandemic, the Post Office announced it intended to delay payments due under the compensation scheme from 23 March until at least early May, on the grounds it needed to focus its efforts on supporting postmasters through the current health crisis.

Sir Wyn Williams said: ‘I am determined that the inquiry will provide the forum for a thorough and rigorous examination of all the evidence presented and that a report will be produced which all participants in the Inquiry and the wider public will recognise as having addressed the terms of reference constructively and in detail.

‘I fully understand that my engagement with participants in the inquiry will be crucial to achieving my aims.’

The final terms of reference include a new commitment to build upon the findings of the court case by establishing a clear account of the implementation and failings of Horizon over its lifecycle.

To achieve this, the inquiry will obtain all available relevant evidence from Post Office Ltd, Fujitsu and BEIS from the period in question.

Among other things, the inquiry will examine the governance and whistleblowing controls now in place at Post Office Ltd and whether they are sufficient to ensure that the failings that led to the Horizon case do not happen again.

It is set to begin work this week, will be able to make any recommendations it sees fit.