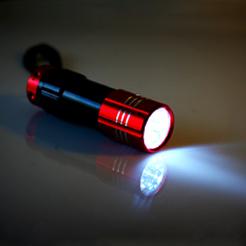 The director of a Turkish restaurant based in Hertfordshire has been disqualified from acting as a company director for 11 years for deliberately failing to ensure that the company had properly and accurately accounted for over £200,000 of VAT and corporation tax, following an Insolvency Service investigation

Sakine Ulas was the director of Milox Ltd trading as Divan Restaurant in Borehamwood. The company was incorporated in June 2008 and was placed into liquidation in May 2014.

At the time of the liquidation Milox was stated as owing in excess of £220,000 to HMRC in relation to arrears of VAT, PAYE and National Insurance contributions and corporation tax.

An HMRC investigation revealed significant suppression of cash takings which Ulas confirmed, stating that she had not recorded and declared all cash takings to HMRC totalling up to £1500 per week.

Ulas also told investigators that she had not declared the correct takings to her accountant and she had knowingly signed off the company’s annual accounts which understated the correct turnover. As a result, Ulas received a personal penalty by HMRC for deliberate tax evasion.

Mark Bruce, a chief investigator with the Insolvency Service, said: ‘The period of this disqualification sends a clear message to other company directors that fraud of any kind will not be tolerated.

'By not declaring and paying the correct amount of taxes, Mrs Ulas has ultimately deprived the public from receiving the services they deserves.’