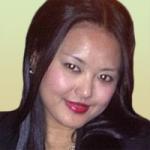 After the Upper Tribunal rejection of an appeal by Subway franchisees that it should not have to pay VAT on its toasted sandwiches and meatball marinaras, Sub One Limited t/a Subway, is now taking its case to the Court of Appeal.

Subway is arguing that it was merely complying with health regulations, but both the First-Tier and Upper Tribunal ruled that the food was being heated so it could be consumed at a temperature above the ambient air temperature. As a result, the toasted subs and meatball marinara supplied by Subway should be subject to VAT at 20% and not be zero-rated.

The case was first heard by the First-Tier Tribunal in 2010 and over 1,200 other Subway franchisees have similar appeals waiting behind this one with many millions of pounds of VAT in dispute.

Smith & Williamson says this case will also be of particular interest to businesses in the mobile catering industry as one of the grounds of appeal was that Subway supplied zero-rated food goods, not standard rated catering services. This argument followed an earlier decision of the European Court in the German case of Manfred Bog and many UK mobile caterers, cinema outlets and other hot food retailers also have protective VAT refund claims stood behind the Subway case.

There is still time for other businesses to submit retrospective claims to stand over behind the on-going Subway case, but claims need to be with HMRC promptly as the four year clock to submit such claims started ticking when the law was changed following the introduction of the 'pasty tax' on 1 October 2012.