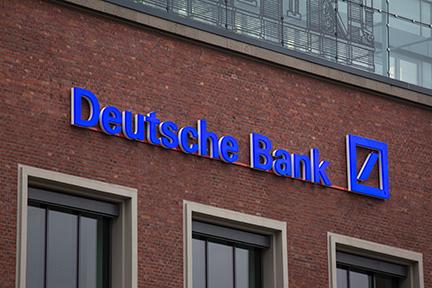 The government should consider introducing a 5% tax on those who continue working from home (WFH) after the pandemic ends, with the potential to raise an additional £6.9bn in revenue to be targeted at lower-paid workers, according to analysis from Deutsche Bank (DB)

In a research paper, the bank argues that Covid-19 has ‘turbocharged’ the growth in home working, with a seven-fold increase in the UK meaning 47% of workers are no longer at the office.

A DB survey has found that after the pandemic has passed, more than half of people who tried out WFH want to continue it permanently for between two and three days a week.

The bank says, as a result, remote workers are contributing less to the infrastructure of the economy whilst still receiving its benefits.

It points out that WFH offers direct financial savings on expenses such as travel, lunch, clothes, and cleaning, as well as indirect savings via forgone socialising and other expenses that would have been incurred had a worker been in the office.

In response, it proposes a 5% tax on WFH days, calculating hat on an average UK salary of £35,000, this would equate to £6.73 in additional tax payments.

DB said the tax will only apply outside the times when the government advises people to work from home, with the self-employed and those on low incomes excluded from its scope.

The tax itself will be paid by the employer if it does not provide a worker with a permanent desk.

If it does, and the staff member chooses to work from home, the employee will pay the tax out of their salary for each day they work from home. This can be audited by coordinating with company travel and technology systems.

The bank says a tax at this level means that neither companies or individuals will be worse off. In fact, companies may be far better off as the savings from downsizing their office will more than make up for the cost of the WFH tax they will incur.

It is also proposing that some of the increased tax take could be used to provide more to those on lower incomes in paid work which cannot be done from home.

The analysis concluded: ‘Best of all, a WFH tax does not merely subsidise businesses that have no long-term future. If, for example, a city-centre sandwich shop is no longer needed, it does not make sense for the government to support the business in the medium term.

‘But it does make sense to support the mass of people who have been suddenly displaced by forces outside their control.

‘Many will have to take low-paid jobs while they retrain or figure out their next step in life. From a personal and economic point of view, it makes sense that these people should be given a helping hand.

‘It also makes sense to recognise those essential workers that assume covid risk for low wages.

‘Those who are lucky enough to be in a position to “disconnect” themselves from the face-to-face economy owe it to them.’