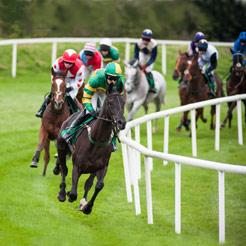 Revenue from remote gaming duty (RGD), which is levied on online or internet based gambling via electronic devices, has risen sharply since the tax was introduced three years ago, prompting calls for some of the £529m raised annually to be invested in helping problem gamblers

The indications are that receipts will rise again this year, as RGD went up from 15% to 21% as of 1 April 2019; the highest amount of tax paid out across any betting and gaming outlet, including the lottery.

Treasury forecasts suggest the hike in RGD will bring in an additional £130m this tax year, rising to an extra £290m annually by 2012/24.

Addiction experts at therapy provider UK Addiction Treatment (UKAT) are warning that as the government reaps more and more money from gaming providers, there is a risk they will become ‘blinded by the cash’ and continue to avoid any real prevention or treatment measures to those struggling with gaming addiction.

Eytan Alexander, CEO of UKAT, said: ‘Slamming high tax bills to online gaming sites is not going to fix the problem we already have in this country. High tax bills might force some platforms to shut down, which will marginally reduce the number of sites people can game on, but ultimately what’s happening here is that the government are making millions from online gaming providers, without any desire or intent to re-invest some of that money into helping prevent and treat gaming dependency and addiction.’

UKAT’s admissions for gaming addiction as a proportion of all patients it sees have increased sharply in the last three years, from seven patients in 2015 to 22 last year, a 214% increase and from 16 in 2017, an annual rise of 37%.

Alexander said: ‘Not everyone who games will be or become an addict, but for some, it will ruin their lives as much as using heroin would. Unfortunately, the government have no get-up-and-go when it comes to helping those with gaming addiction. There’s currently no investment into early prevention and intervention strategies to help prevent gaming addiction, nor is there any real investment into helping treat those already struggling with it.

‘We're calling on government to put their hands into their deep pockets and help those most vulnerable.’

There is currently one national NHS treatment facility dedicated to treating gamblers based in London with plans to open a second in Leeds but nothing specifically focused on treating gaming addicts.

Help and guidance on gaming addiction