Regulator clarifies guidance for charities when working with non-charities 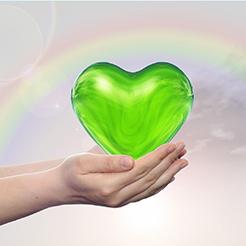 The Charity Commission has published guidance for charities with close links to non-charitable organisations, outlining the steps trustees should take to protect their charity’s reputation and retain the public’s confidence

Charities are being told to ensure the close relationships some enjoy with non-charitable organisations are made clear to people outside the charity and never used to advance non-charitable agendas and interests.

The Commission says its casework has identified examples where charities have not managed their links to non-charitable organisations with care, in some cases allowing charities to be misused to further non-charitable interests, including commercial or private interests.

The regulator recognises that many charities work successfully in close partnership with a wide variety of non-charitable organisations, such as trading subsidiaries. These relationships can be crucial in helping a charity deliver on its mission for the public benefit, but its trustees must be alert to managing any risks involved.

The Commission says the guidance will also allow it, and the public, to better hold charities to account against existing rules.

The guidance does not set out new rules or regulations, but draws together relevant law and practice in setting out six principles to help trustees ensure their arrangements for working with a linked body secure the charity’s interests and independence.

The first of these is managing risks, in terms of potential undue influence or the possibility of reputational damage.

Secondly, trustees should not allow a charity’s resources and activities to fund or support non-charitable purposes. A charity can make grants to a connected non-charity where it is in its interests to work in this way, but trustees must ensure that they only give funding for activities, services or outcomes that will further their charity’s purposes for the public benefit, and for no other purpose.

They must also ensure that any grant does not result in more than incidental benefit. The guidance points out that if trustees make investments and loans to prop up a failing trading company, this might not meet their investment duties. It can also result in tax liabilities, if HMRC decides that the funding was not given for the benefit of the charity and is non-charitable expenditure.

Thirdly, trustees must check their charity is operating independently, with the guidance highlighting the particular risks to a charity’s independence where a local or other government authority is sole trustee.

The fourth principle emphasises the need to avoid unauthorised personal benefit and address conflicts of interest which can arise from the charity’s arrangement with the connected non-charity. The benefit may be direct or indirect, but could include instances where a trustee might be on the board of the connected non-charity or work there, and this may (or may appear to) influence or affect their decision making at the charity itself.

The fifth point related to the need for the charity to maintain its separate identity. If a charity has a close connection with a non-charity, trustees must keep the financial structures of the two organisations separate. They also need to make a decision about whether the charity’s best interests are served by sharing an identity with the non-charity through use of a similar or working name, joint branding or shared website; or by the charity and the non-charity having separate identities.

If the charity and the non-charity operate with a shared identity, trustees must not allow the charity to raise money – with the tax advantages this brings – to be used by the connected non-charity in ways that the trustees have not agreed and that do not further the charity’s purposes.

The charity’s assets, including its name and reputation, cannot be used to inappropriately support the non-charity, and charities should ensure that all communications which have a fundraising element are clear with donors about whether the charity or the non-charity is asking for money and whether there is any percentage of funds that are shared.

The final point covers the need for charity trustees to be satisfied that a connection to a non-charity you and your co-trustees is in the charity’s best interests. they need to perform due diligence to ensure they protect its assets, reputation and beneficiaries and are satisfied the no-charity is a genuine competent and suitable organisation to work with.

Helen Stephenson, CEO of the Charity Commission, said: ‘As regulator, we want charities to thrive and inspire trust, and we know relationships with non-charitable organisations can help a charity deliver on its purposes. But operating alongside other organisations should always be well-considered and trustees must manage the risks that can arise carefully, and with probity.

‘No charity should ever use or be used by non-charitable organisations to pursue uncharitable interests.’

Guidance for charities with a connection to a non-charity

Working in Australia: It's wizard working in Oz