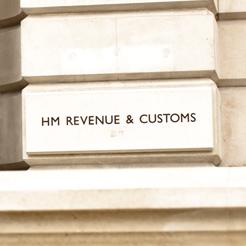 A record £4.1bn in tax was deferred in the run-up to the 31 January self-assessment deadline, according to data obtained by Price Bailey, which warns that some taxpayers will struggle to meet larger than usual payment demands

Price Bailey pointed out that many taxpayers had three separate components to their 31 January tax bill instead of the usual two.

A large proportion of taxpayers will have deferred the second payment on account for the 2019/20 tax year, which was due on 31 July 2020 (taxpayers did not have to ask HMRC to defer this tax payment, which was part of the department’s Covid-19 support).

On top of this, they will also have to pay the balancing payment for the 2019/20 tax year and the first payment on account for the 2020/21 tax year.

Jay Sanghrajka, tax partner at Price Bailey, said: “It is likely that the value of TTP arrangements will have surged even higher in the weeks leading up to the deadline.

‘The January payment deadline represents an unprecedented crunch for large numbers of taxpayers. For many taxpayers there will be three separate components to the tax bill instead of the usual two, which could mean paying double the amount that would normally be due by the end of January.

‘Paying tax by credit card might be a viable option for some taxpayers if interest-free deals are available to them. If they can clear the balance before the interest-free period expires, they will have avoided paying interest to HMRC under a TTP arrangement.’

However, taxpayers who have filed tax returns late or previously incurred penalties, are not eligible for TTP.

Sanghrajka said: ‘This is very harsh considering that tax payments might have been missed due to cashflow problems caused by lockdowns.

‘HMRC needs to show flexibility on this. A monthly payment plan covering up to 12 months is too short a time frame for a lot of smaller businesses which are going through the pain that the pandemic has caused.

‘The government should consider extending this time period to protect jobs and livelihoods.’

Alternatives to TTP arrangements including options such as entering a company voluntary arrangement (CVA).

‘CVAs enable taxpayers to agree reduced payments with creditors (including HMRC) and pay only a proportion of the debts due over a three-to-five-year period.’