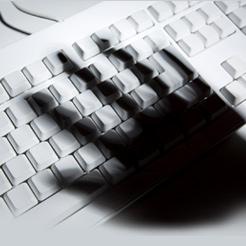 A Luton-based money service business (MSB) has been hit with a record £23.8m fine for flouting money laundering regulations

Its breaches, which took place between July 2017 and December 2019, related to failures in risk assessments and associated record-keeping; policies, controls and procedures; and fundamental customer due diligence measures.

The previous year’s list for 2019/20 featured 15 businesses. The largest penalty was handed down to Purple Bricks. The online estate agency was fined £266,793 for failures in having the correct policies, controls and procedures, conducting due diligence and timing of verification.

Three accountancy service providers were each fined £500 for failure to provide requested information or documents.

In 2019/20, HMRC recouped over £166m from the proceeds of crime of which more than £22m was linked to money laundering offences.

‘We’re here to help businesses protect themselves from those who would prey on their services. That includes taking action against the minority who fail to meet their legal obligations under the regulations as this record fine clearly shows.’

HMRC supervises more than 30,000 businesses across the UK, including 1,500 principal MSBs.

The number of operating MSBs supervised by HMRC has fallen by 19% since August 2017, which the tax authority says is mostly due to continuing action to tackle the use of MSBs for the laundering of dirty money. However, the government recognises the majority of MSBs are compliant with MLRs.

Businesses not complying with money laundering regulations, and suspensions and cancellations of registration list (2020-2021).