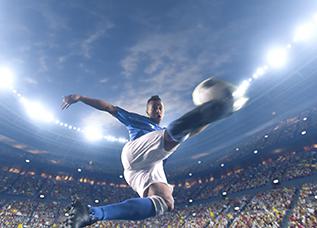 The EFL Championship had a year of records in the 2017-18 football season with record revenue, wage levels and operating losses, according to Deloitte report

Championship clubs had record operating losses for a third successive season in 2017-18, rising to £361m up by 25%. There was a 54% hike in pre-tax losses to £320m, the second highest level ever recorded, while generating record revenues of £749m a 4% rise on the 2016-17 season, revealed the Deloitte Annual Review of Football Finance 2019.

Andy Turner, partner at Mercer and Hole said: ‘In the case of Wolves, they have got extremely good backers in Fosun and they have been prepared to back them financially, it is where the owners do not have such financial resources that problems can occur.

As a Wolves supporter, Turner follows the club closely, he said: ‘Wolves took a considered and well thought out risk backed by a good strategic plan and made it to the holy grail of the Premiership. I think they are doing very well this season balancing the small squad of 29 players and balancing commitments between Europa League and Premier League’.

Only Burton Albion and Hull City football clubs in the Championship reported both operating and pre-tax profits. Hull City (currently 14th in the league) reported the highest pre-tax profit in the division of £24m, largely as a result of a £31m profit on player transfers.

Burton Albion, which has since been relegated to League one and is in 15th place, reported a pre-tax profit of £500,000 in the 2017-18 season due to an increase in gate receipts and commercial income.

Dan Jones, partner at Deloitte said: ‘We expect that Championship clubs’ revenue in the 2018-19 season will remain at similar levels to that of the 2017-18 season.

‘However, with new broadcast rights arrangements in the 2019-20 season, which provides a reported 35% increase on the value of the current deal, we will then see another boost to the revenue of Championship clubs.

‘Unfortunately, without accompanying improvement in cost control discipline this will make no meaningful impact on the clubs recurring heavy losses.’

The total revenue of the Championship was dwarfed by the Premier League, with revenue of £4.86bn in 2017-18.

Average player wage costs across the Championship rose by 11% to a total of £795m in 2017-18. The wages to revenue ratio also increased from 99% to 106%, showing the increasing level of financial risk that Championship clubs are willing to take in order to chase promotion to the Premier League.

Footballers playing in the Premier League earned a total of £2.4bn.

Although Premier League clubs recorded lower profitability in 2017-18 to £73m from £103m the previous year, collectively operating and pre-tax profits were the second highest in the history of the league with only one club reporting an operating loss.

Everton (currently 14th in the league) recorded an operating loss, with a £37m (149%) drop in profitability which shows the financial risk of attempting to break into the ‘big six’ to qualify for European football.

The largest improvement was at Arsenal, by £59m to a net funds position of £38m, following an increase in cash balances of £51m.

There were eight Premier League clubs that reported a wages to revenue ratio in excess of the 70% of the indicative warning level used by UEFA as part of their Financial Fair Play Regulations.

This figure was an increase on the previous season where two clubs reported a ratio above this threshold.

Turner said: ‘If you have someone with significant financial resources and they want to finance a club in order to compete with some of the bigger Premier League clubs, and the funders are happy to put money into a football club in terms of equity then they should be able to do it.

‘I think that while the Financial Fair Play Regulations are there to protect and make sure clubs don’t go into too much debt, one of the problems with it is it protects the clubs that are already rich.

Going forward there are a number of proposed reforms to the transfer system including introducing a luxury tax on ‘excessive’ transfer spending, creating a clearing house for transfer money flows, restrictions on player loans.