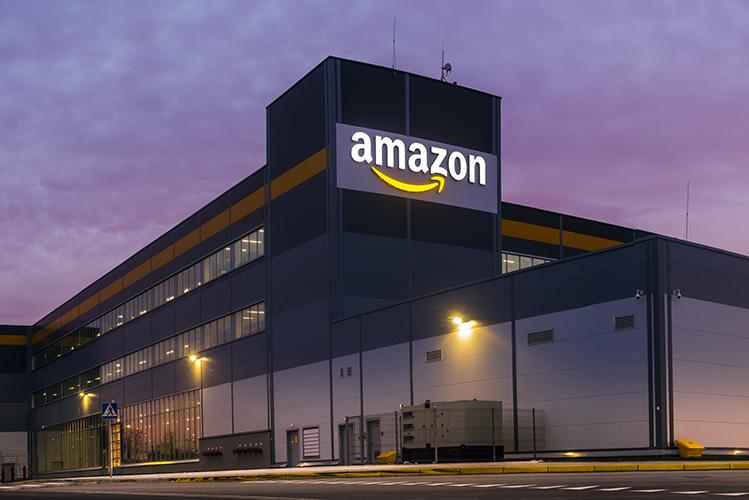 Amazon’s latest corporate filings in Luxembourg revealed that the company made record sales of €44bn (£38bn) in Europe in 2020 but because the Luxembourg unit made a €1.2bn loss it meant that it did not have to pay corporation tax

The accounts also indicated that the company had €2.7bn (£2.3bn) worth of carried forward losses stored up, which can be used against any tax payable on future profits.

The Luxembourg unit handles sales for the UK, France, Germany, Italy, the Netherlands, Poland, Spain and Sweden. The 23-page document did not identify how much money Amazon made from sales in each European country.

Amazon defended its actions with a spokesperson saying: ‘Amazon pays all the taxes required in every country where we operate. Corporate tax is based on profits, not revenues, and our profits have remained low given our heavy investments and the fact that retail is a highly competitive, low margin business.

‘We’ve invested well over €78bn (£67.4bn) in Europe since 2010, and much of that investment is in infrastructure that creates many thousands of new jobs, generates significant local tax revenue, and supports small European firms.’

The European Commission in 2017 decided Luxembourg had allowed Amazon to cut its taxable profits ‘to a quarter of what they were in reality’ which meant they were in violation of EU state-aid rules. Amazon was ordered to repay €250m (£222m) after regulators said agreements with Luxembourg dating back to 2003 amounted to illegal state aid.

Amazon then accused EU competition chief Margrethe Vestager’s team of ‘ignoring evidence’ and being ‘careless’ in their zeal to outlaw controversial tax arrangements. Europe's second-highest court will rule on 12 May 2021 on Amazon’s appeal of the EU order to pay €250m (£222m) in back taxes to Luxembourg.

The Amazon court case is one part of the European Commission’s crackdown on allegedly unfair tax deals that some of the world’s biggest and most powerful companies have struck with EU nations.

A statement released 29 April 2021  by the European Parliament’s Committee on Economic and Monetary Affairs, about the Council’s position at the first reading of an adoption of a regulation and establishment of a ‘Fiscalis’ programme for cooperation in the field of taxation said: ‘The Council notes the interest of the parliament for more transparency concerning the implementation of EU legislation in the field of fighting against tax fraud, tax evasion and tax avoidance.

‘Within the context of the treaties’ legal framework ruling interinstitutional relations, the Council recognises the added value of holding annual exchanges of views with the European parliament and the Commission on the lessons learnt from the Fiscalis programme, based on the Commission’s annual progress reports.’