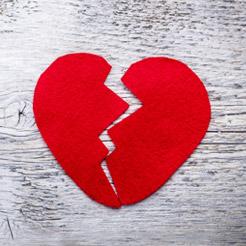 In our regular Q&A series, Croner Taxwise consultant Steven Jones warns divorcing couples to consider the capital gains tax (CGT) implications when a residential property is transferred to one partner in the event of divorce in a no gain, no loss situation under section 58 of TCGA 1992

Q. Jack and Jill started living apart in November 2018 but there was then no contemplation of a divorce. In May 2019 they discussed their situation and decided to get divorced, subsequently appointing lawyers in January 2020.

In June 2019 they agreed a plan to transfer assets between themselves before 6 April 2020 as part of the divorce settlement. The proposed transfers included a large property with a market value of £1m which originally cost £200,000 years ago and which Jack will acquire from Jill. She is concerned about the capital gains tax (CGT) implications.

The property being disposed of by Jill shows a gain of £800,000 based on market value.  She is seeking to rely on a transfer of assets between spouses who are living together so it is treated as giving neither a gain nor a loss to the transferor due to s58, Taxation of Chargeable Gains Act 1992 (TCGA 1992).

A. The no gain and no loss situation continues until the end of the tax year in which the couple cease living together as result of s58(1) TCGA 1992. The key to the correct tax treatment is to determine when the couple stopped ‘living together’ within the meaning of s58. So did the separation take place in November 2018 or June 2019?

For CGT purposes, the meaning of a couple ‘living together’ is determined by s288(3) TCGA 1992 which refers to the income tax definition in s1011, Income Tax Act 2007 (ITA 2007).  This states that a couple are treated as living together unless they are in fact separated and this is likely to be permanent.  The HMRC manuals provide further commentary in CG22070 stating: ‘If the marriage or civil partnership has not broken down but the couple do not reside in the same house they are still treated as living together for capital gains tax purposes.’

In Holmes v Mitchell (HM Inspector of Taxes) [1991] BTC 28, the spouses lived in the same house but lived separate lives and on the facts of the case it was held that they were not living together for income tax purposes.

However, it is useful to note that the taxpayer had already declared his intention to seek a divorce and subsequently, in a petition on the grounds of separation, it was agreed between their solicitors that the taxpayer and his wife had been separated from that date.

In the absence of similar circumstances, Jack and Jill may decide to rely on HMRC’s guidance in CG22070.

Full disclosure should be made on Jill’s tax return to demonstrate that when the couple started living apart in November 2018 it was not likely to be on a permanent basis.

Contemporaneous evidence might be required to indicate a temporary arrangement was envisaged at the time.

Given that the divorce is planned to go ahead in February 2020, HMRC’s presumption might be that the couple separated and started living apart on a permanent basis in November 2018.  If HMRC open an enquiry they will be keen to see the documents presented to the court and correspondence between solicitors to ascertain at what point in time the separation was likely to be permanent.

Steven Jones is a tax consultant at Croner Taxwise

Brought to you by our team of specialist tax experts at Croner Taxwise. Remember, membe...

Claiming children on US tax returns after divorce