Brought to you by our team of specialist tax advisers 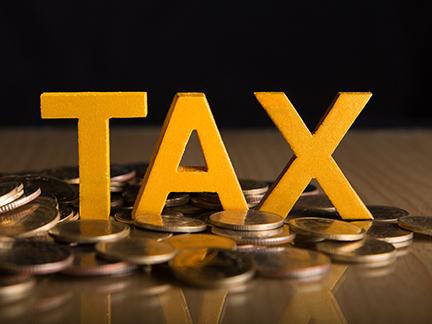 In our regular Q&A series, Croner Taxwise, tax adviser, Ibrahim Nalla, explains the tax implications of buying a brand-new office pod to be installed in a company director’s garden, how will the company and director be affected?

Q. My client is the director of a close trading company. The company operates from a commercial office in town but due to Covid-19, the director is being asked to work from home. The director is exploring the possibility of the company buying a brand-new office pod to be installed in his garden. What are the main tax implications for the company and the director?

Tax implications for the company

A. As this will be a capital expense, the company will not get a deduction for the cost of the pod against its trading profit (if any) in the accounting period in which the expense is incurred. Where a company is undertaking a qualifying activity and it incurs qualifying expenditure, they can consider making a capital allowances claim.

However, as the company is purchasing a structure, this will not constitute a qualifying expenditure under the plant and machinery allowances and will be blocked s.21 Capital Allowances Act 2001 (‘CAA 2001’). While office pods could be moveable, HMRC do not accept that prefabricated structures qualify for plant and machine allowances- see their manual CA22110.

If the office pod is not equipped with mains supply for utilities, they will incur expenditure in providing this and this expenditure will also be blocked under List A s.21 CAA 2001. However, if they install any fixtures or insulate the structure, they can make a capital allowances claim under s.33A CAA 2001.

As the company has incurred the expense after 28 October 2018, they could look at claiming the structures and building allowance (SBA). The conditions for claiming can be found at s.270AA CAA 2001 and are as follows:

Unfortunately, as the office pod will be located on the grounds of the director’s residential home s.270CF(2) CAA 2001 would not allow an SBA claim – see CA92500.

If the company decides to go ahead with the purchase and at a later stage decides to dispose of the pod either to the director or to a third party, then this would be a capital disposal at market value which will crystallise a gain or loss which would be taxable or relievable.

Ongoing expenses for electricity and heating will be relievable against trading profits but the director will need to consider his tax implications if he is using the office pod for private use (see next section).

Tax implications for the director

If the director uses the office solely for work purposes, if the terms on which the office pod prohibit private use and there is no private use (s.205 (1B) ITEPA 2003), there will be no income tax implications.

However, given that the office pod will be in his garden HMRC are unlikely to accept that the director or a member of his household will not use the office for private purposes and if they do, this will be treated as an employment related benefit as defined in s.201 ITEPA 2003.

The benefit in kind will be calculated in accordance with s.205 ITEPA 2003 given that the asset has not been transferred to the director.

Broadly the annual cost of the benefit is the higher of, the annual value of the use of the asset and the annual amount of the sums for providing the benefit by way of rent or hire charge for the asset.

The annual value in this case will be 20% of the market value of the asset when it is first made available to the director.

The tax will be either be collected by payroll, if the company has decided to payroll the benefit or via the director’s tax code.

There will be no NIC consequences of the director although the company will have to pay Class 1A on the benefit.

As the director will be working from home, he will invariably incur increased household expenses, such as electricity and heating. The tax treatment of these costs will depend on whether the employer reimburses household expenses or not.

If the company reimburses the director’s expenses, an exemption from income tax applies in respect of reasonable additional household expenses which the employee incurs in carrying out duties of the employment at home under homeworking arrangements (s.316A ITEPA 2003).

HMRC have state that they would accept that there are homeworking arrangements where there are arrangements between the employer and employee and the employee must work at home regularly under those arrangements- EIM01472. See EIM01474 for the types of household expenses that can be reimbursed.

S.316A only applies to payments made by the employer. It does not entitle an employee to deduct expenses which are not reimbursed. To deduct unreimbursed household expenses, the conditions are far more restrictive.

As your client is working from home due to the pandemic, HMRC will allow certain household deductions (EIM32795) but your client should be made aware of the instances where HMRC will not allow the deductions.

HMRC have provided some examples in EIM32790 where deduction will be or will not be permitted. Therefore, in order to avoid any doubt, it is possibly best for the director and company to agree reimbursement within the limited outlined in s.316A.

If the office pod is later transferred to the employee there will be a further benefit based and the cash equivalent of the benefit will be the higher of, the market value at the date of transfer; and the market value when the asset was first made available for use by the employee, less any amounts charged in respect of that benefit. Less any amounts made good by the employee. Please note, an asset is transferred if the company simply stops using the pod as an office and it reverts back to the director, This could be avoided by selling the pod to a third party or removing it from the premises.

From a capital gains tax (‘CGT’) point of view, if the director is exclusively using the office for business then any principal private residence relief (‘PPR’) will be restricted on the area occupied by the office (s.224 TCGA 92)- see HMRC’s manual CG64690. However, if there is any private use, PPR may be available in full.

With changes in the pattern of work, many clients may find themselves in this position. As such, when considering whether to fund the purchase of an prefabricated office purchase personally or through their company, it is critical to ensure that the directors and the company understand the immediate tax consequences as well as the long term consequences when looking to claim PPR. You should also obtain VAT advice.

Brought to you by our team of specialist tax experts at Croner TaxwiseRemember, ...