Vince Cable’s plans to press ahead with a public register of company owners will increase transparency among UK companies but there may also be exemptions in exceptional circumstances, says David Webster

In a move trailed by David Cameron and George Osborne around the G8 summit last summer, on 15 July 2013 BIS published a discussion paper seeking feedback on proposals designed to increase transparency in UK companies.

Over 300 responses were received, and on 16 April 2014 BIS published a full government response to the consultation exercise, recommending various measures be adopted.

Mr Cable has claimed this is intended to target ‘the darker side of capitalism’ and the general policy motivation appears to be making it harder for UK companies to be used as vehicles for tax evasion or money laundering.

The main proposal is a central registry of beneficial ownership information.

This will be publically available and contain information on individuals who ultimately own or control more than 25% of a company's shares or voting rights (or who otherwise exercise control over a company or its management). There will be provisions to aggregate shareholdings for concert parties.

The new rules, which will also cover companies limited by guarantees and LLPs, will place obligations - both on companies to obtain this information, and relevant individuals to provide it.

Where beneficial ownership is held through a trust, the trustees (or any individuals who control the activities of the trust) will be recorded as having the relevant interest.

The paper does envisage exemptions from the new rules on beneficial ownership information in certain circumstances. For example, it is intended to exempt companies who are subject to the UK Listing Authority’s (UKLA) Disclosure and Transparency Rules, and companies who have securities listed on a regulated market subject to equivalent disclosure requirements.

While the paper refers to exemption in ‘exceptional circumstances’ it does not define what those exceptional circumstances might be, but it is likely to be limited to situations where, for example, an individual could show that removing their anonymity could expose them to a serious risk of violence/intimidation. This would also require an application to the Registrar – it would not be available as an entirely voluntary option.

Although this proposal has attracted the most headlines, the paper also contains other measures such as restrictions on the use of corporate directors, and provisions to eliminate the use of bearer shares.

No specific timetable is set out, but there is an intention to legislate ‘as soon as Parliamentary time allows’.

For the majority of companies, these changes will be no more than a minor administrative issue. Even for those with shareholdings where the registered and beneficial ownership is different, the fact that the register only requires those who hold an interest of more than 25% to be disclosed will limit the additional compliance burden.

The main objections are perhaps likely to come from individuals who, often for legitimate reasons, value the confidentiality afforded by the use of nominee shareholders, group structures or trust arrangements. Perhaps though there is less for publicity shy owners to fear than might at first appear.

A trust is the most common structure in which the legal owners are not the beneficial owners. And the use of trusts is of course widespread, and invariably entirely legitimate. The BIS paper notes that those who control the activities of a trust need to be disclosed (rather than beneficiaries), and that whilst this will generally be the trustees, it may also require disclosure of, for example, a beneficiary, settlor or protector of the trust.

A straightforward bare trust/nominee arrangement will not therefore get around the new rules, but it is not uncommon to encounter trusts in practice where, for example, decisions are formally taken by the trustees, but significant weight is given to the wishes of the settlor.  As things stand the new rules might not reveal the true nature of beneficial ownership/control in that situation.

Ultimately, how well the changes work in practice is likely to depend on various factors which are currently unknown. For instance, the approach to enforcement, and whether the final legislation makes it impossible to exploit loopholes and avoid the substantive application of the provisions through corporate/trust structuring.

These proposals were greeted last year with a degree of scepticism (as to whether the political will existed to introduce these changes effectively), and concern (about potential harm to UK competitiveness) in some quarters. Whether those fears are correct remains to be seen. However, it seems likely that legal changes in this area will occur in the relatively near future. For most companies this will have no material impact, but for those who operate more complicated structuring arrangements or have concerns about the confidentiality of their affairs, the new rules will require serious consideration. 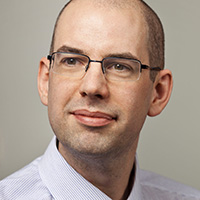 Webster is a partner in the corporate and commercial team at Russell Cooke...

Register of beneficial ownership of trusts: who does it affect?