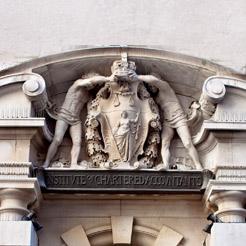 A global economic outlook report from Oxford Economics, commissioned by ICAEW, indicates that overall, world GDP contracted by 9% in the first half of the year, and despite a strong rebound would likely contract by 4.4% in 2020.

The global economy was expected to return to pre-Covid-19 levels by mid-2021.

In most advanced economies, government debt levels will rise by between 10% and 30% of GDP by 2021.

The report found a direct link between a government’s handling of the health crisis and the size of the economic hit, with countries which locked down swiftly able to ease restrictions more quickly.

Global economic recovery from the pandemic has been strong, with China leading the way, but the report found pre-pandemic trade issues and social distancing are likely to affect bounceback.

Trade was already declining year-on-year before the virus hit, but predictions suggest global trade should now rebound before slowing down.

Meanwhile, within the tourism sector, international visitor arrivals will not return to 2019 levels until 2023 because of travel restrictions, social distancing guidelines and the gradual return of people’s desire for foreign travel, Oxford Economics said.

The pace of recovery of economic growth will slow towards the end of the year, the report predicted, with the resulting slowdown worsened by the end of government support measures and company restructures.

Richard Spencer, ICAEW director of thought leadership, said: ‘There is so much uncertainty about what the post Covid-19 recovery will look like, with mixed messages from the markets.

‘The key factor in recovery will be trade. As this report points out, existing fault lines could be exacerbated by the virus to accelerate inward-looking trends, and this will hurt poorer nations most.’

The firm’s UK Brexit Stress Index nudged up for the first time since the early days of the Covid-19 lockdown, ushering in the first signs in nearly seven months that the risk of no-deal trade talks with the EU is generating increased nervousness within business.

The index, which measures wider financial and economic stress or risk to business, had been indicating reduced stress levels as readings moved steadily down from a high of 4.9 in March to 1.27 at the start of September. This week though, the index tipped upwards to 1.35.

Simon Hart, lead international partner at RSM UK, said: ‘The uptick is marginal, but it’s telling. The global pandemic presented a monumental distraction, and still does, but Brexit never went away, and it seems now that businesses are taking note of the realities and potential impacts as they swing into view.

‘A new trade deal with Japan and evidence of an economic recovery from May through to July have done little to steady nerves.

‘The UK/EU political standoff isn’t helping. The government has drawn up legislation that would overturn last year’s Withdrawal Agreement and Brussels is threatening legal action if the proposals are not withdrawn. That’s not helping middle market business sentiment when it comes to the future prospects of UK trade and business beyond 31 December.’