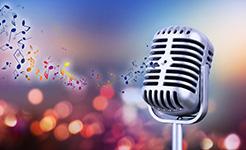 Colombian pop star Shakira is set to appear in court in Barcelona in June, to answer allegations that she failed to pay €14.5m (£13m) in taxes due while she was living in Spain

In 2015 Shakira, whose wealth is estimated at £176m,  changed residences from the Bahamas to Spain, where she now lives with her partner, the Barcelona footballer Gerard Piqué, and their two sons.

However the singer now faces allegations from the Spanish authorities that she was already living in Barcelona between 2012 and 2014, and that she should have paid tax in Spain on her worldwide income for that period.

At the time the news broke, Shakira denied the charges and said in a statement through her legal representatives that the tax authorities were using her as a ‘scapegoat’.

The singer said she had not been a legal resident in Spain for the two years in dispute. However, Spain prosecutors claim that although she travelled abroad during this period, she spent most of her time in Spain and therefore was liable to tax on her global income.

Miles Dean, managing partner of Milestone International Tax, pointed out that residency in Spain is determined not simply by the number of days in the tax year an individual is present in the country, but also by whether the individual’s centre of vital interests is located there.

‘In other words, Shakira could, in theory, have spent less than 183 days of the Spanish tax year in the country, but if her home, partner and other interests were in Spain then she could be caught out.

‘The use of the word evasion is unfortunate in these situations because it unfairly ascribes a degree of criminality to the individual. Shakira may well simply have been badly advised or, more likely, the Spanish authorities are continuing in their witch hunt of the rich and famous, launching criminal proceedings in an attempt to make examples of them,’ Dean said.