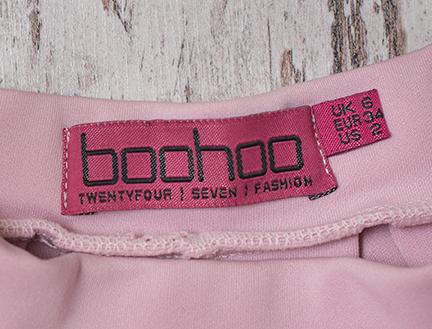 Online fashion retailer Boohoo has appointed PKF Littlejohn as its external auditor, replacing PwC which stepped down from the role in October

PwC is understood to have resigned as auditor over concerns around governance at the AIM-listed company and the potential reputational risks. The Big Four firm had been Boohoo’s auditor since it went public in 2014.

However, Boohoo said PwC ‘confirms that there are no matters in connection with this change that should be brought to the attention of the Group's shareholders’.

Boohoo’s statement continued: ‘The board would like to thank PwC for its services and support provided to the Group over the past seven years.’

In a regulatory announcement Boohoo said PKF Littlejohn, ranked tenth in the annual Accountancy Top 75 league table, had been selected following a competitive tender process, and will begin work with immediate effect.

Earlier this year, following media criticism of conditions in Leicester garment factories, Boohoo commissioned an independent review of its supply chain, which was conducted by Alison Levitt QC.

In a statement in September, when the review was published, Boohoo said the report ‘made uncomfortable reading’ in places and said Levitt had ‘identified many failings in the Leicester supply chain and recommended improvements to boohoo's related corporate governance, compliance and monitoring processes’.

The report noted that Boohoo had taken steps to address problems prior to the negative publicity in July and August 2020, but the company admitted that ‘with the benefit of hindsight we regret that these processes did not advance quickly enough’.

Levitt was satisfied that Boohoo did not deliberately allow poor conditions and low pay to exist within its supply chain, it did not intentionally profit from them and its business model is not founded on exploiting workers in Leicester.

In its conclusion, the report stated that ‘if Boohoo is willing to take a different approach to how it both views and interacts with the Leicester supply chain, it has within its power to be a tremendous force for good.’