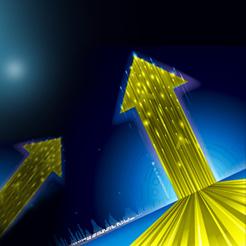 PKF Cooper Parry has reported revenues of £22m for the financial year ending on 30 June 2016 resulting in a 29% increase in growth on last year’s turnover of £17.2m, making it the fastest growing firm of accountants in the UK

The firm has set a £30m target for the current financial year, which it is set to meet as its current performance is already up by 47%.

The 29% growth has contributed to the expansion of PKF UK and Ireland (PKF UKI) which is made up of seven member firms. It has recently announced a total fee income of £128.9m for the year ending 31 May 2016, which is a 53% increase on the previous year.

PKF Cooper Parry is currently the top accountancy firm in the East Midlands amongst privately owned £5m to £50m businesses.

This year the firm merged with Clement Keys meaning it now has an office at East Midlands airport and in Birmingham.

PKF Cooper Parry has 400 employees with 110 having joined over the previous year.

Ade Cheatham, CEO of PKF Cooper Parry, said: ‘What is really remarkable is the size and speed of our growth. Our headline figures are very impressive and represent growth across the board, but we have broadened our proposition in several key areas and introduced a number of new service lines, which have contributed to our success.

‘Our tax proposition was already strong, but has been strengthened with several key appointments, which has seen it grow by a massive 22% over the past 12 months.

‘We play to our strengths and are working hard to create the right infrastructure. We have the right team around us, which will enable us achieve our long term aim of creating a £45m turnover firm within the next three years, reaching £150m within the next 10 years.’