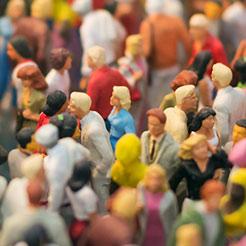 David Wright has joined Thomas Westcott as a partner, based in the firm’s Burnham-on-Sea office. Wright joins from the Bristol office of Saffrey Champness.

EY has appointed Alex McIntosh as director to its private team in the midlands. McIntosh joins from HSBC, where he spent three years developing the bank’s key accounts and relationships with privately-owned and owner-managed businesses.

ACCA makes two senior appointments to its governance directorate - Joe Johnson as director of professional conduct and Stacey English as the director of practice regulation. Johnson joins from Pay UK Ltd, the retail payments authority, where she was the general counsel. Prior to ACCA, English was the chief digital officer at regulatory technology company Corlytics.

Tax app, United, has hired Paul Loberman, a senior banking executive, as its chief product officer. Loberman most recently worked at HSBC as global head of digital for the bank’s business banking proposition.

Buchler Phillips, corporate recovery and restructuring firm, has appointed the Rt Hon Mark Field as a consultant. Field is a former Member of Parliament and Minister of State at the Foreign and Commonwealth Office who represented the central London constituency of the Cities of London and Westminster between 2001-2019.