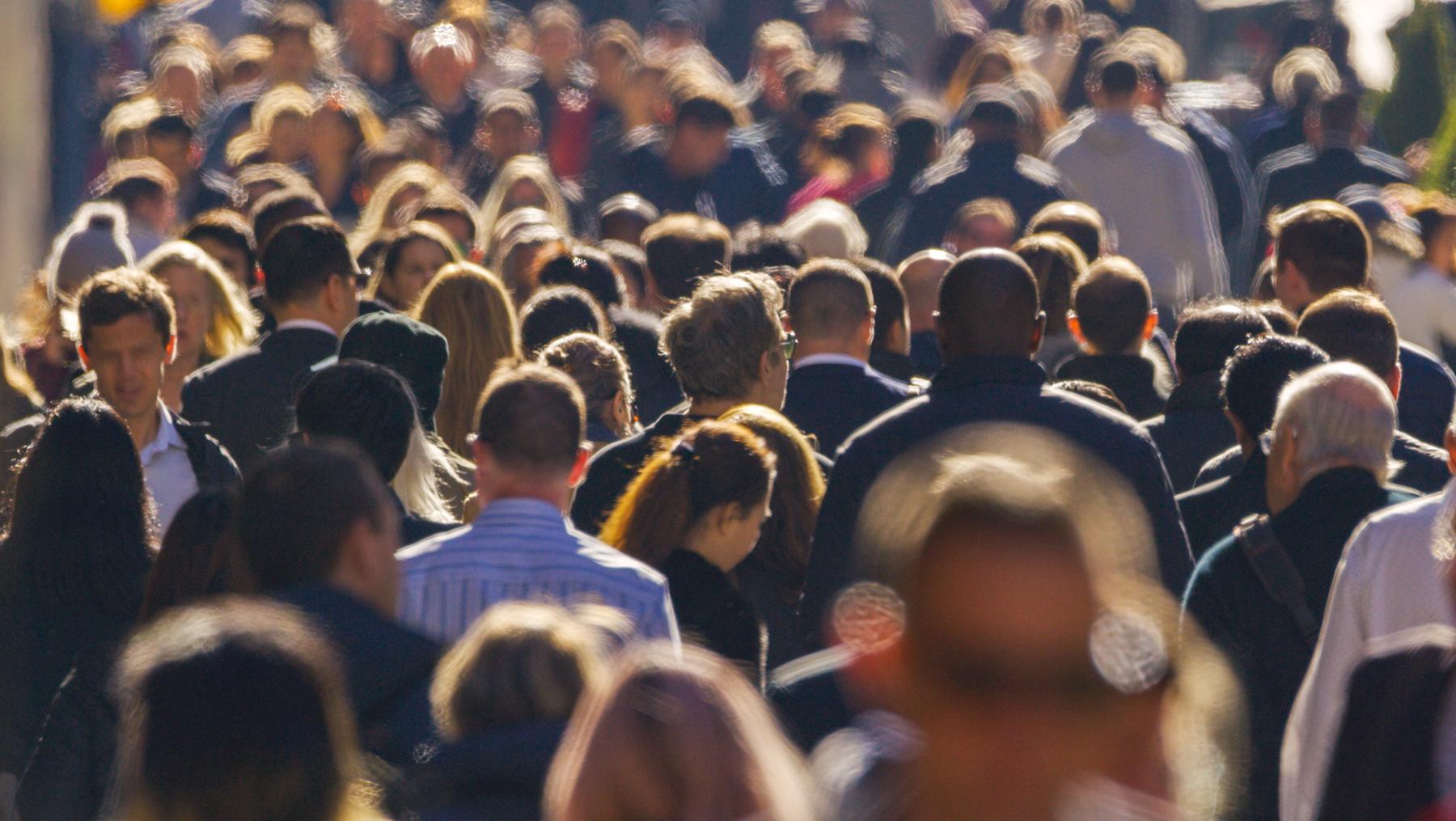 KPMG UK has announced that Catherine Burnet has been appointed as the firm’s new head of audit. The announcement follows the appointment in April of Jon Holt, the previous head of audit, as chief executive of the Big Four firm. Burnet will take up her new role immediately. She was previously regional chair for Scotland, Edinburgh office senior partner and a lead partner on a number of the companies the firm audits. Her career spans more than 25 years with KPMG, working in Edinburgh, London and Chicago. She is a past president of ICAS and also a member of the Financial Services Advisory Board to Scottish government and the Council at CBI Scotland.

Deloitte has strengthened its leadership team with Lisa Stott joining as the new managing partner for tax and legal and Jackie Henry taking over as managing partner for people and purpose. In addition, Kirsty Newman has been appointed as UK market chair. Effective this month, Henry will lead Deloitte’s UK people strategy and purpose agenda, focusing on inclusion and wellbeing. She started her career with Deloitte in Belfast 31 years ago and for the past seven years has been lead partner in Northern Ireland. Effective from 1 June, Stott will be the first woman to lead Deloitte’s tax and legal service line. She has been at the firm for 32 years, advising and supporting clients, and was most recently global lead for international tax and business tax advisory. In her role as market chair, effective from 1 June, Newman will build relationships with UK boards and policymakers, and lead Deloitte’s vice chairs group. Newman also serves as Deloitte North & South Europe (NSE) leader of Deloitte Private and is the co-chair of Deloitte’s Global Family Office Advisory Board. She started her career with Deloitte as a tax consultant and has been a partner for over 20 years.

Moore Kingston Smith has appointed Damian Ryan as new corporate finance partner and has promoted Claire Roberts to tax partner, effective May 2021. In joining the media specialist office based in the West End, Ryan brings a wealth of corporate finance experience spanning publishing, broadcast, outdoor and digital that will further strengthen the firm’s media sector services. His new role will see him lead the technology and media team. Robert’s promotion will see her role reflect her many years’ experience in advising individuals, families, and their businesses on how best to manage their tax affairs and plan most successfully for the future. She is also responsible for identifying and securing new business opportunities, co-managing the private client team and leading on initiatives to streamline performance and enhance client service.

HW Fisher, the top 25 UK chartered accountancy firm has hired four external partners as it continues its recruitment drive to bolster its partnership team. Richard Morley, Melanie Hicks, Stevie Heafford and Tajinder Bhalla have all joined HW Fisher’s tax department. These new hires bring a wealth of diversified and specialist tax experience and take the total number of HW Fisher partners in the firm to thirty-one. Morley has joined HW Fisher from BDO where he spent 12 years, to head up the firm’s tax dispute resolution business. He specialises in resolving tax investigations and disputes with HMRC, covering private clients, corporates and charities, and has over 30 years of experience handling tax disputes. Hicks has more than 25 years’ experience working in audit and tax roles and started her career in audit at PwC. Her experience centres around advising family and owner managed businesses and their associated private individuals. Heafford joins the firm from Wright Vigar Ltd where she led the private client team and prior to that she spent most of her career at Grant Thornton. Tajinder Bhalla joins having previously worked at PwC, GSK and Deloitte. A qualified barrister, he has experience advising a range of international businesses from start-ups to FTSE 100 companies on tax planning initiatives, as well as considerable experience in the field of stamp duty land tax.

Milsted Langdon has announced the promotion of Guy Armitage-Norton as its latest partner. He works across the firm’s offices in Bristol and Bath providing pragmatic support on accounting, auditing and financial reporting, which is tailored to the specific needs of his clients. Initially starting in the profession in 2008, he worked at a Big Four firm before moving to Milsted Langdon in 2015.

StoneTurn, a global advisory firm, has expanded its London-based investigations senior team with the appointment of Hitesh Patel, FCA, CFE, and David Higginson, FCA, as partners. Patel, formerly  partner in the forensics practice at KPMG, brings nearly three decades of experience leading inquiries into fraud, bribery and corruption, money laundering and other white-collar crime. Higginson, formerly a partner in the forensic investigation services team with EY, has more than 20 years’ experience in forensic accounting, investigations and compliance engagements. At StoneTurn, both will specialise in investigations, supporting clients’ litigation decision-making, risk assessment and mitigation strategies.

Insolvency specialist Begbies Traynor has promoted Joanne Hammond to partner. Based in the firm’s Sheffield office, she works across the Yorkshire region. Hammond has spent her entire career with the business. Having undertaken work experience in 2007 after leaving university, she went on to become a case administrator and then a case manager. Over the last 14 years, she has risen through the ranks, qualifying as a licensed insolvency practitioner in 2014.

Johnston Carmichael has set up a tech advisory board including some of Scotland’s most senior figures in the sector, to help its clients access expert advice on achieving growth. The group of seven external advisers, includes entrepreneurs, business leaders and investors. Among the high-profile recruits is Polly Purvis OBE, former director of agri-tech business Intelligent Growth Solutions and former CEO of ScotlandIS; Giles Hamilton, CEO of Inverness-based life sciences business ODx Innovations; and Alisdair Gunn, who heads up Framewire, an advisory practice for tech and digital start-ups. Hazel McIntyre is a consultant financial director and adviser with a background in fund raising, acquisition and disposals, whose previous roles include chief financial officer at Current Health and Lomond Capital. Grant Smith, board member at The Data Lab, Scotland’s innovation centre for data and AI, Les Gaw, a non-executive director and early stage adviser, who is also chairman of security business Pick Protection, and CEO of financial software firm Contigens, and Brendan Waters, corporate finance advisor to tech businesses. He is also founder of Cruachan Advisory.

Chris Grigg CBE has been appointed as chair of the UK Infrastructure Bank, bringing more than 30 years’ experience across the real estate and financial services industries. Grigg has held a range of leadership roles including chief executive of Barclays Commercial Bank and, most recently, at British Land, a property development and investment company.

Bruce Pritchard CA, chief executive officer of Liminal BioSciences has been appointed as the new president of the Institute of Chartered Accountants of Scotland (ICAS) for 2021/22. He was confirmed as president at the latest ICAS annual general meeting and takes over from Catherine Burnet CA, regional chair for KPMG in Scotland, and will serve a year in office. Pritchard said: ‘ICAS must now ensure that we continue to influence recovery and shape the future, one that embraces new technology, is focused on sustainability, ethics and equality, is more heavily invested in the value of human capital, and with leadership which actively seeks out diverse perspectives.’

Following the establishment of the Advisory Panel in January 2021, the Financial Reporting Council (FRC) has announced the appointment of 19 members to this panel with effect from 1 May 2021. The advisory panel is a group of appointed non-executive subject matter specialists, who are called on to provide expert advice and input across the breadth of the FRC’s activities. The full list of appointees is available here

Carey Olsen Bermuda has announced that Steven Rees Davies is to join its corporate practice as partner. A specialist in fintech and the digital assets sector, he will join Carey Olsen after 13 years at another offshore firm where he is currently the joint global head of technology and innovation.

Want to feature in People in the News - send promotions and appointments to accountancynews@croneri.co.uk