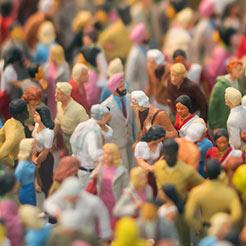 Richard Houston has taken over as senior partner and chief executive of Deloitte NSE, replacing David Sproul who has completed an eight-year term. The Big Four firm has also confirmed the appointment of 78 partners in the UK, with 32 (41%) being women. This is a near threefold increase in female promotions from last year and takes Deloitte’s female partners to 223 (21%). Eight new partners are from BAME backgrounds, equating to just over 10% of the promotions.

PKF Littlejohn has appointed Howard Jones as a business tax partner specialising in the insurance sector. He has over 30 years’ experience in financial services and joins PKF Littlejohn from Grant Thornton, where he led the insurance tax team. He has also worked for Aon, the insurance broker, and two of the Big Four accountancy firms.

Cowgills has appointed Alex Hesketh as its latest partner. He joined the firm’s graduate scheme in 2007 and has been responsible for growing the company’s international client base and advisory work on inward and outward overseas investment, as well as being involved in family business.

Saffery Champness has appointed Jamie Lane as a partner based in the Bournemouth office. He joins from Smith & Williamson, where he spent 15 years, latterly as a partner. He has extensive experience of supporting entrepreneurial clients with their business growth strategies, providing audit, transaction support and all-round business advice.

FRP Advisory LLP has strengthened its Birmingham team with the appointment of partner Tony Barrell and promotion of senior manager Gemma Jones to director. Barrell has more than 20 years’ experience in the Midlands restructuring market, most recently leading PwC’s restructuring team in the East Midlands. He is an advisory and insolvency specialist. Jones has been with the firm for four years and was recently elected to the ICAEW Council to represent the West Midlands and Birmingham.

Mitchell Charlesworth has strengthened its audit and accounts team with four promotions and a new hire. Louise Casey, Ramon McKenna and Heather Townsend have all been promoted to associate, Amy Taylor has been promoted to manager and John Davies has joined the team as a manager.

Brenda Trenowden CBE, global chair of the 30% Club, has joined PwC UK as a partner in its people consulting practice. Her new role will include helping PwC’s clients with all aspects of workplace performance, culture and communication, particularly diversity and inclusion risk-related issues. Previously she led the financial institutions group in Europe for ANZ Bank, was a member of their UK management board and executive director of ANZ’s UK Bank subsidiary, ANZ Bank (Europe) Ltd as well as ANZ’s other UK subsidiaries.

Grant Thornton UK LLP has expanded its healthcare department with the appointment of a new clinical governance team, with two external hires, Sue Cordon as a director, and Pippa Jackson as senior manager. Cordon was previously director, clinical and quality assurance at KPMG, where she specialised in conducting internal audit and advisory reviews within the healthcare sector. Prior to this she held several senior clinical and managerial roles within the NHS and the Audit Commission. Since 2015, Jackson has been leading on delivering clinical reviews to clients in the healthcare sector following a 30-year career within the NHS, most recently in community health services.

Wilkins Kennedy has hired Mark Barrie as a director in its banking and finance team working across  London and North Thames area. He has more than 20 years’ experience working in the corporate and commercial banking sector at NatWest and RBS, where he worked with SME businesses to access funding and analyse financial risks.

Yorkshire-based BHP has expanded its tax department after taking on chartered tax adviser Peter Dobson CTA. He specialises in personal tax and expat matters and joins the firm from Deloitte where he worked in the global mobility team based in Manchester.

Offshore law firm Carey Olsen has appointed Andrea Steel as counsel in its corporate and investment funds practice. She is a dual qualified lawyer and is rejoining the firm after spending the last 13 years heading up the in-house legal teams at two of Europe's leading fund administration companies, Saltgate Limited and previously State Street.

Thomas R Seidenstein will become chair of the International Auditing and Assurance Standards Board (IAASB) for a three-year term commencing 1 July 2019. He succeeds professor Arnold Schilder, who has led the IAASB since 2009. Seidenstein is currently senior vice president for strategy, innovation and capital management at Fannie Mae, the US housing lender.