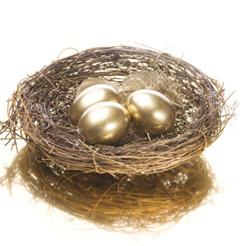 HMRC has handed back almost £55m to savers who had overpaid tax on pension withdrawals in the past three months, the highest figure since drawdown rules were relaxed

This was the highest quarterly figure since pension freedoms were introduced in 2015 which allowed pension savers to withdraw money from their pension pots.

Figures released by HMRC for the period 1 July 2019 to 30 September 2019 show the department processed 10,379 P55 forms for flexibly accessed pension overpayments, along with 5,253 P53Z forms for small pension lump sums and 1,753 P50Z applications.

In total, the department returned £ 54,975,821 of overpaid tax during the quarter. Since pension freedoms, the total amount of ‘emergency tax’ on withdrawals (which was subsequently repaid) now stands at £535m.

Steve Webb, director of policy at Royal London, said: ‘Even by their own low standards, HMRC have outdone themselves in the last three months, taking more than £54m of savers’ money in income tax to which they were not entitled.

‘It cannot be right that tens of thousands of people each year have too much tax taken out of their pension and then have the hassle of filling in a form to get back money that is rightfully theirs.

‘Whoever ends up running the country after the general election needs to tell HMRC to stop this practice as a matter of urgency.’

The overpayments frequently arise because under the current rules, when someone makes a pension withdrawal, HMRC assumes that they will go on to make more withdrawals in the same tax year.

This can have the effect of pushing some people onto a higher tax as a result of this emergency coding. They then need to claim back overpayments via one of the three forms.

‘The taxation of pension freedoms withdrawals is a confusing mess which can leave people facing shock emergency tax bills running into thousands of pounds, while the money purchase annual allowance (MPAA) is a brutal punishment for those who take taxable income from their fund.

‘Fixing these holes so the tax system works with the retirement flexibilities should be a priority for the next government.’

The average amount withdrawn per individual in Q3 2019 was £7,250, falling by 5% from £7,600 in Q3 2018. Since reporting became mandatory in 2016 Q2, average withdrawals have been falling steadily and consistently, with peaks in the second quarter of each year.

Webb said: ‘Pension freedoms have been hugely popular and allow hundreds of thousands of people every quarter to draw on their pension savings in a flexible way.

‘There is also evidence that people are being savvy about the timing of their withdrawals, spreading them over more than one tax year to reduce their overall tax bill.

‘But it remains the case that we need to increase the proportion of people who take financial advice or guidance before making decisions about how much of their pension to withdraw.’