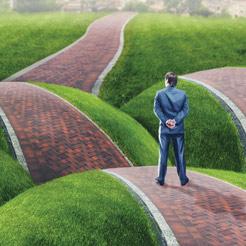 HMRC has issued guidance for pension savers on use of the annual allowance and clarifying rules on carrying forward unused allowances, particularly where scheme members are planning to use 2015/16 split allowances or have withdrawn money from pensions

The reminder comes as the three-year limit for using the carry forward allowance for tax year 2015-16 nears the deadline for use of the higher relief. The annual allowance is the limit on the amount of pension savings that can be made to all of an individual’s pension schemes in a tax year before they have to pay tax on the pension contributions.

It is important to check the exact allowance for any claims for relief dating back to 2015/16 when the rules were first introduced as the allowance changed mid year because of policy decisions. This followed sweeping pension reforms introduced by former Chancellor George Osborne, which saw the government slash the annual allowance to £40,000, from the then £80,000.

However, gradual erosion of the pension annual allowance has raised tax compliance issues and created tax risks for taxpayers when they use money drawdown from pensions.

While the government has encouraged pension freedoms with significant changes to pension rules to remove mandatory annuity purchases, which came into effect in 2015, at the same time it has tried to curb excessive withdrawals by introducing the money purchase annual allowance. This allowance effectively stops tax breaks for those who withdraw money from a pension while at the same time paying into a pension scheme.

There was split treatment of the allowance in tax year 2015/16 which also needs to be taken into account.

Due to changes in government policy, the allowances in 2015-16 tax year were revised several times, making it vital to calculate the annual allowance correctly.

The annual allowance for 6 April 2015 to 8 July 2015 (known as the ‘pre-alignment tax year’) was £80,000. This allowance was available against pension savings made in pension input periods ending in that tax year.

This annual allowance only applies to pension savings made to UK registered pension schemes, or to overseas schemes where either the saver or employer qualifies for UK tax relief.

The annual allowance covers all pension schemes held by the individual, including:

defined contributions arrangement - where the pensions savings is the total contributions made by the saver (or a third party like an employer) have made; and

It is important to ensure that all allowances are used correctly and in the right order, with the oldest tax year first. It is also possible to part use the annual allowance and keep it aside for future use.

Where pension savings are more than the annual allowance for the tax year, and there is no unused annual allowances from the three previous tax years to cover the difference, tax will be payable.

HMRC guidance, Check if you have unused annual allowances on your pension savings, issued 9 August 2018