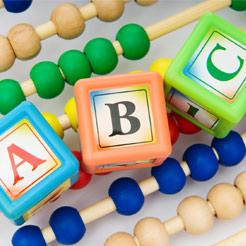 Parents earning in excess of £50,000 are being urged to check their eligibility for child benefit over concerns that some may face large backdated tax bills and penalty charges, through failure to realise the implication of changes in circumstance

DSR Tax Claims, a firm of tax rebate specialists, maintains some individuals  have not been notified by HMRC that they are liable for the high income child benefit charge (HICBC), which requires them to pay a tax charge via the self assessment system.

Introduced by HMRC in January 2013, HICBC is applied to parents who earn more than £50,000 per year in adjusted net income (total taxable income less pension contributions and gift-aid donations) and places a tax charge of 1% on child benefit for each £100 above the £50,000 threshold the high-earner makes, meaning that those earning £60,000 or above will receive no child benefit.

David Redfern, managing director of DSR Tax Claims, said: ‘There have long been criticisms since the tax charge was introduced, not least that it appears to be levied unfairly, meaning that households with two parents earning £45,000 per year who therefore have a joint income of £90,000 aren't liable for the charge whereas a household with only one high earner of £55,000 is liable.

‘But now it has emerged that a number of households have unwittingly found themselves with huge, unexpected tax bills due to one parent's income rising above the threshold since the HICBC was introduced and not realising that they would now be impacted by this tax charge.’

Redfern maintained that the situation was made more complex by the fact that the household's high earner is not necessarily the same person who claims child benefit.

HMRC announced on 1 November 2018 that it was reviewing the cases where a failure to notify penalty was issued for three tax years (2013/14, 2014/15, and 2015/16) if the taxpayer had a reasonable excuse for not meeting their HICBC tax obligation. The charge is still due for these years but in some cases the penalty may be refunded.

The review will not include anyone who received communications from HMRC about HICBC or made a new claim for child benefit after the charge was introduced in 2013.

However, Redfern stated: ‘Despite HMRC recognising that some families have unknowingly found themselves in conflict with HMRC by not notifying them of a change in their financial circumstances, HMRC's refund will only quash the penalty.

‘The high earner will still be liable to pay any unpaid tax, which could potentially run to thousands of pounds.’

Redfern questioned how the situation had occurred, stating that: ‘HMRC not only have information on each taxpayer's income but they are also aware of households claiming child benefit, so it is perhaps surprising that parents have found to their detriment that there has been no effective tying-together of information streams, considering that some of these penalties go back to the 2013/14 tax year.

‘However it is important that high earning parents check their child benefit eligibility as soon as possible.’

An HMRC spokesperson said: ‘When HICBC was launched in 2013, HMRC ran a high profile advertising and media campaign, wrote to approximately 800,000 affected families, and included prominent message about the charge in two million letters to PAYE-only higher rate taxpayers. HMRC has also put an online calculator on gov.uk to enable people to work out if they are affected.

‘Additionally HMRC has enhanced its communication of the importance of non-monetary benefits of claiming child benefit and raising awareness of HICBC on social media and reaching out to employers asking them to encourage their staff to check if they are liable for HICBC by using employer bulletin publications.

‘HMRC has written to people who may have failed to tell the department that they are liable to the HICBC, asking them to check if they are liable and, if so, file self assessment returns.

‘Those who are contacted and then ignore the rules face a penalty unless they have a reasonable excuse and something stopped them meeting their tax obligation. We want our customers to get the benefits they’re entitled to - we don’t want to charge penalties.’

HMRC said HICBC is not charged on a household basis as looking at total household income would mean finding out the incomes of everyone in each of the eight million households receiving child benefit, effectively introducing a new means test.