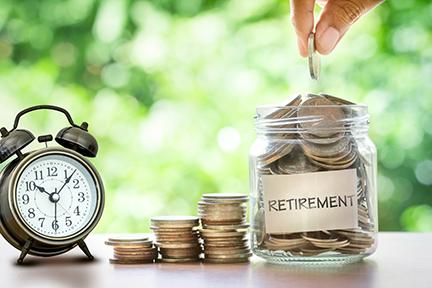 Coronavirus has altered the retirement plans of one in eight older workers, with one in three reporting a worse financial situation, according to research by the Institute for Fiscal Studies (IFS)

The think tank’s study was based on a survey of data from the English Longitudinal Study of Ageing (ELSA) COVID-19 study. covering some 10,000 people aged 50 and over.

The findings show 13% of older workers have already changed their planned retirement age as a result of the coronavirus pandemic.

Of these, the majority (8%) are now planning to retire later than they had previously intended – with this being more common among those with a pension fund that has fallen in value, and those working from home.

The remaining 5% are planning to retire earlier than they had previously intended, an option more common among richer households and those on furlough.

The study suggest fluctuations in stock markets will have hit the significant and growing minority of older people who hold some wealth in equities. Around 34% of older workers and 41% of retirees hold wealth directly in risky assets, while 54% of older workers have defined contribution pensions.

Rowena Crawford, an associate director at IFS, said: ‘The current pandemic risks having serious and long-term financial consequences for older workers, affecting living standards into and through retirement.

‘The crisis has also been disruptive to major life plans, with one in eight older workers so far changing the age at which they planned to retire.

‘Those on furlough are now more likely than those working to be planning to retire earlier and it will be important to monitor that this does not represent a rise in involuntary retirement among people discouraged from finding new work.

‘On a positive note, those working from home are now more likely to be planning to retire later; suggesting changes to work practices could benefit some older workers.’

Report on financial consequences of the coronavirus pandemic for older people