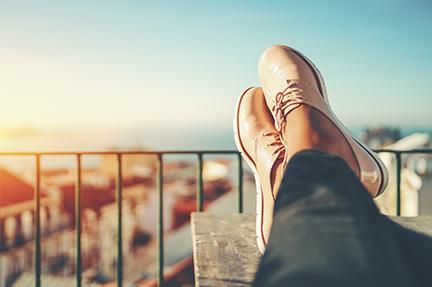 There has been a steep increase in the amount of rental income from overseas property declared by UK taxpayers, which rose by 17% following a series of tax investigations campaigns by HMRC, according to analysis by Moore

The firm says the latest available figures show the amount declared to HMRC totalled £912m in 2017/18, up from £781m the year before.

The number of individuals declaring rental income from overseas property increased to 81,000 last year, up from 78,000 the year before.

Moore says HMRC has been bulk mailing warning letters to taxpayers that have income from offshore assets, such as property. These letters warn that HMRC knows a taxpayer has offshore assets and asks them to confirm any income that they receive.

HMRC identifies taxpayers with offshore property through requesting data, such as foreign bank account statements or mortgage statements, from 100 overseas authorities, as well as collecting information from UK based websites that advertise overseas holiday rentals.

Penalties for undeclared property income from holiday homes are up to 200% of the amount of tax HMRC believes is owed.

Matthew Grief, associate at Moore, said: ‘HMRC know that the British have almost as strong a love affair with owning holiday homes as we do with traditional But To Let.

‘They’re determined that any income from letting out property overseas is properly taxed. They have been putting owners under more and more pressure and that is paying off –declarations of rental income are going up a quite a clip.

‘They’re wise to do that as the ability of HMRC to identify owners of holiday homes is becoming ever more precise just from a process of data mining all the information they receive directly from banks and financial institutions in countries like Spain, France, Portugal and Italy.

‘The fines that HMRC can impose are very painful. One way out is to make a voluntary disclosure to HMRC. Although this does not give you immunity from investigation, HMRC will be more lenient towards you.’

Returning to the UK - tax charges on overseas property sale

Lack of transparency on overseas property valued at £56bn