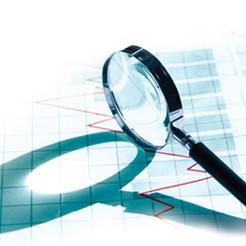 The Office of Tax Simplification (OTS) is calling for an urgent overhaul of what it calls ‘the complex patchwork’ of tax charges and reliefs which apply at various points in the business lifecycle to reduce complexity, make reliefs more accessible and to encourage UK businesses to fulfil their potential

The OTS has published a report looking at the impact of taxation on the owners of a business at each of its key stages of development. The paper focuses on businesses owned by individuals and families, rather than businesses that are widely owned via a stock exchange listing or by private equity houses or foreign corporations.

The OTS says this approach provides, for the first time, a holistic view of the complexity faced by those starting and growing a business. The research considers the interaction of a range of taxes and charges that apply when a business first starts to operate, when it incorporates, when it seeks finance and when it is transferred or sold.

The OTS says it has identified a number of areas where simplification or streamlining should be considered. The paper sets out a total of 32 observations, of which 12 are highlighted.

Amongst the headline options are introducing seamless ‘one-stop shop’ registration and filing facilities for small incorporated businesses which currently need to register separately with Companies House and with HMRC. The OTS understands that a joint registration process using the gov.uk web incorporation service is currently being developed, and says HMRC should extend the one-stop shop to all incorporations, including those using third party software.

The report is critical of the three main tax-favoured venture capital schemes - the enterprise investment scheme (EIS), seed enterprise investment scheme (SEIS) and venture capital trust (VCT)– which have common features but also a number of differences which mean they attract different types of investors. It says whether those reasons are consistent with the capital needs and future business aims of the companies concerned is unclear, and this may mean the reliefs are not targeted most effectively.

The OTS says that while various tax reliefs are available for those who invest in businesses through these schemes, there are no reliefs for founders or their close relatives, and wants this omission examined.

The agency says the requirement for a shareholder to hold a minimum 5% of a company’s share capital to qualify for entrepreneurs’ relief (ER) can act as disincentive for some founder shareholders to bring in external venture capital, and allowing some flexibility in this area would remove a tax barrier to investment in and growth of businesses.

Complexities built into the SEIS/EIS legislation often catch out unwary companies, either at the time of application or after SEIS/EIS status has been granted. This can cause good businesses to lose necessary venture capital, or result in relief being denied or withdrawn some time after the investors have made their investments. Some of the rules may be necessary to properly target the reliefs, but a review of these complexities to remove unnecessary ones, or to build in de minimis thresholds (for small companies) would be useful.

When a business is disposed of by way of a gift, relief from CGT is potentially available under ER or CGT gift relief: they offer the option of paying 10% now, or potentially paying at the full rate at a later point. These two reliefs are mutually exclusive, but determining which is better to claim depends on the future plans of the recipient of the gift, which will often be uncertain. Some simplification of the interaction of the reliefs would help to make the choice clearer and simpler for all parties including HMRC.

The OTS says the cost of tax relief on claims to ER is greater than that of any of the other reliefs considered in this report. While those other reliefs appear to be designed to encourage investment in young and growing businesses, or to preserve existing business from break-up in the event of succession, ER does not seem to achieve either of those objectives. It also says it is apparent that that some of the reliefs are not known or understood by the very businesses they are designed to assist.

The OTS suggests there is a pressing need to undertake a detailed review of the tax system as it operates on key events in the business lifecycle, to make the system clear and simple for companies to understand and use. This might be supplemented by additional work focusing on tax complexity as it impacts business growth, including learning from the OTS reviews of VAT and small company taxation.

Paul Morton, OTS tax director, said: ‘This paper takes a significant first step towards meeting the pressing need to undertake a detailed review of the tax system as it operates across the business lifecycle. It is aimed at helping the businesses that are the lifeblood of the UK economy to maximise their opportunities and to make the system clear and simple to understand and use.’

The OTS invites views on the issues raised in the paper.