One in five do not trust UK audit system 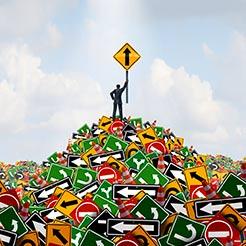 An overwhelming majority of the public do not trust the current audit system and nearly three quarters support the introduction of joint audit, shows a poll conducted for Mazars

Accounting and advisory firm Mazars has published a study canvassing public opinion on the UK economy and the audit system, which also gauged public sentiment over the collapse of Carillion. It found that the general public had a real interest in an audit system that makes the economy stronger through improved transparency and accountability, and was unwilling to accept high profile corporate failures as the status quo.

The research found that a staggering 87% of respondents did not trust the current audit process, while nearly two-thirds (62%) said that the current audit system did not provide independent and accurate assessments of a company’s financial position.

Mazars has been one of the strongest proponets for the introduction of joint auditing, which is a statutory requirement for listed companies in France.

Mandatory joint auditing, one of the key recommendations proposed in the recent Competition and Markets Authority (CMA) review was popular among the public, the poll found, with nearly three quarters of respondents (72%) supporting the introduction of joint audit as a solution to the string of accounting scandals and corporate failures in recent years.

Any changes to the audit rules for listed companies have to be put into statute through a statutory instrument but there was no mention of any draft legislation in the Queen’s Speech last week. At the time, BEIS Select Committee chair Rachel Reeves’ said this was a ‘missed opportunity’.

When asked about their awareness of the collapse of high profile companies such as Carillion and Thomas Cook, the majority (69%) of the general public were aware of the collapse of construction company Carillion, after it went into liquidation with debts of around £1.5bn early last year.

When asked what words best described their feeling about the Carillion collapse, the top three were disgust, anger and greed – suggesting deep disapproval of the behaviour of those responsible for the spectacular fall of the company.

David Herbinet, global head of audit and partner at Mazars said: ‘We have long believed that the public has a real interest in an audit system that makes our economy stronger through improved transparency and accountability, and our research only strengthens this belief.

‘High profile company collapses are becoming all too common, and impact hard-working people who understandably have grave concerns and are now demanding action.

‘There is insufficient choice and resilience in the audit market. Substantial reform is now critical to the sustainable success of our largest companies and the wider economy.

‘Nearly three out of every four members of the public (72%) support the introduction of mandatory joint audit as a remedy, and we see this particular reform as a major opportunity to create an even playing field for challenger firms to compete more fairly in the large corporate market, in which 99% of the audit fees of FTSE 350 companies are currently paid to just four firms. A diverse market is vital for audit quality and for the overall functioning of the economy.

‘The CMA has produced a very effective range of measures to create a genuinely competitive audit market that addresses the needs of society. This represents the clearest opportunity in decades for real change.  It’s now time to maintain momentum and pursue brave solutions.’

The representative opinion poll of 2,000 people across the UK was conducted by Survation.

If you think this article would be useful to a friend, click the 'Share with a Friend' button below
2
Average: 2 (1 vote)