One in 10 businesses miss MTD for VAT filing deadline 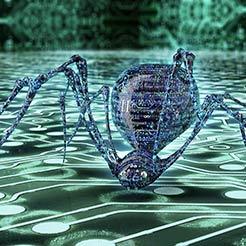 An estimated 120,000 businesses have missed the deadline to sign up for Making Tax Digital for VAT, meaning that technically they should be due a penalty from HMRC

Latest figures indicate that one in 10 businesses failed to meet the long-trailed deadline to meet the 7 July payment deadline.

Last-minute efforts by HMRC including virtually daily updates on gov.uk as well as a series of TV adverts by software developers has pushed MTD compliance over 90%. In the four-week period running up to the payment nearly 500,000 businesses signed up to MTD. In total, 1.2m businesses in the UK were due to sign up to MTD for VAT before the 7 August payment deadline.

Some 1.08m businesses are now signed up and compliant with the digital reporting rules for those businesses and sole traders over the VAT registration threshold of £85,000, bar those exempt until 1 October deadline.

The taxman is taking a more lenient approach than normal on penalties for the first year of MTD and has repeatedly stressed that it will not be charging fines in the usual way.

HMRC has acknowledged that ‘businesses will need time to become familiar with the new requirements of MTD. During the first year of mandation, we will not issue filing or record keeping penalties where businesses are doing their best to comply. However, sanctions will remain possible in cases of deliberate non-compliance, and in order to safeguard VAT revenue’.

In terms of exemptions, anyone who is already exempt from online filing of VAT remains so under MTD and there is further provision for those who cannot adapt to the new service due to factors such as age, disability, or location to apply for an exemption.

Ed Molyneux, CEO and co-founder of FreeAgent, said: ‘With so many businesses still yet to actually sign up and comply with MTD - either due to anxiety over the legislation or because they are more preoccupied with the threat of a no-deal Brexit - the news that HMRC will not issue them with fines will be a massive relief.

‘However, this doesn’t mean that digital tax has been delayed or the legislation is in jeopardy, so they should treat this amnesty with extreme caution. It’s unlikely that HMRC will keep waiving fines indefinitely, which means business owners simply won’t be able to keep putting off getting themselves MTD-ready for long.’

Half of financial institutions may miss IFRS 9 deadline