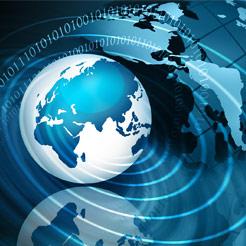 The OECD has released new guidance on the application of the approach to hard-to-value intangibles and the transactional profit split method, which were both developed as part of its base erosion and profit shifting (BEPS) action plan

In October 2015, as part of the final BEPS package, the OECD/G20 published a report on aligning transfer pricing outcomes with value creation, under BEPS actions 8-10. The report contained revised guidance on key areas, such as transfer pricing issues relating to transactions involving intangibles; contractual arrangements, including the contractual allocation of risks and corresponding profits, which are not supported by the activities actually carried out; the level of return to funding provided by a capital-rich multinational group member, where that return does not correspond to the level of activity undertaken by the funding company; and other high-risk areas.

As part of follow-up work mandated in that report, the OECE is now publishing guidance for tax administrations on the application of the approach to hard-to-value intangibles, which forms part of action 8.

The aim of the guidance is to help reach a common understanding and practice among tax administrations on how to apply adjustments resulting from the application of this approach. The OECD says it should improve consistency and reduce the risk of economic double taxation by providing the principles that should underlie the application of the hard-to-value intangibles approach.

The guidance also includes a number of examples have been included to clarify the application of this approach in different scenarios and addresses the interaction between the hard-to-value intangibles approach and the access to the mutual agreement procedure under the applicable tax treaty. This guidance has been formally incorporated into the transfer pricing guidelines as an annex to chapter VI.

The revised guidance retains the basic premise that the profit split method should be applied where it is found to be the most appropriate method to the case at hand, but it significantly expands the guidance available to help determine when that may be the case. It also contains more guidance on how to apply the method, as well as numerous examples.

Guidance for Tax Administrations on the Application of the Approach to Hard-to-Value Intangibles - BEPS Action 8 is here.

Revised Guidance on the Application of the Transactional Profit Split Method - BEPS Action 10 is here.