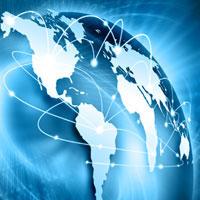 A senior tax figure has criticised plans to reform global tax rules - by the Organisation for Economic Cooperation and Development (OECD) - saying their legal implementation would be 'troublesome, time consuming and patchy'.

The scathing comments from Omleen Ajimal, director of international tax at Squire Patton Boggs (formerly Squire Sanders) was made after a presentation by Raffaele Russo, the OECD's head of the Base Erosion and Profit Shifting Plan (BEPS) at the Business Structuring in the Digital Economy Conference, hosted by the International Business Structuring Association.

Ajimal pointed out that despite the intentions of the plans, in practice, it meant 'nothing yet' for business and that it could take 20 years to implement.

'The OECD is doing a lot of insightful and intelligent work but right now, all this is, is a debate because it doesn't have the force of law. Everybody recognises that proper strategic collaboration by governments around the world is central to making this happen,' she said.

However, according to Ajimal, conversations with businesses in various jurisdictions including the Far East and Africa, led to the conclusion that BEPS is less of a priority for most, compared to 'long suffering professionals and academics'.

'In places like Africa, there are some saying we need to fix this but for most BEPS is not an issue - local grassroot issues matter a lot more. The fact is opinion varies widely on this,' she said.

Earlier Russo had set out the background to the BEPS project, setting out how swiftly the OECD had reacted to concerns from the G20 and their collective request for an urgent solution to aggressive tax planning which was depriving governments of tax revenue.

Focusing on the discussion on the digital economy, Russo highlighted that BEPS had achieved progress since there had previously been no agreement about what this constituted.

'Now we're heading into the space in which we talk of the "digitised economy" as ICT penetration is increasingly affecting every sector of business. Everything is becoming digitised so there's no point in trying to ring fence this. At the same time these are generating new business models or enhancing the scale of existing models.

'The broad challenge for BEPS is to ensure that in all the areas of work - from transfer pricing to indirect tax - that we ensure all the work does target the digital economy,' said Russo.

He added that key questions to be addressed included the best way to allocate taxable profits based on value creation and considering whether the right rules and principles were the right ones to apply to discussions around the nexus and characterisation of income.

He said the OECD would publish a set of 'deliverable' goals before the end of the summer, just before the G20 meeting of finance ministers.