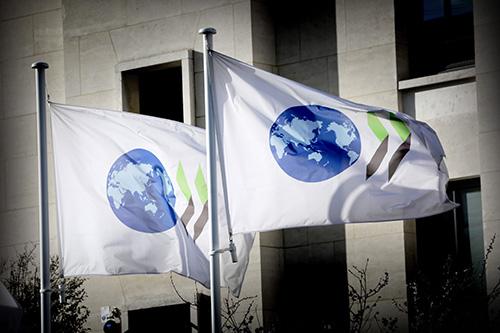 At a virtual seminar on international taxation hosted by the Irish government on Wednesday, the director for tax policy at the OECD, Pascal Saint-Amans said that talks on a global tax rate will likely lead to a deal this year.

The OECD has been coordinating talks among 140 countries for the last four years and aims to reach a conclusion by mid-2021 and Saint-Amans said that the negotiations were now ‘too big to fail’. Speaking at the same conference, the director general of finance at the Italian finance ministry, Fabrizia Lapecorella, said agreement by July was ‘within reach.’

The conversation on global tax reform was reinvigorated by the Biden administration and according to Saint-Amans, the G20 meetings in July and October are seen as key staging points towards a potential agreement.

Saint-Amans said: ‘There is momentum, there is a new dynamic that is likely to bring us to a resolution. There is a strong impetus, especially post-Covid where governments will expect their companies when they are back to profit not to locate these profits in low tax jurisdictions, while during Covid governments helped the companies through.’

The OECD submitted two blueprint plans on what the architecture of tax reforms would look like, and they were submitted to public consultation in January and have received numerous in-depth comments from governments, finance leaders, and non-governmental organisations (NGOs).

The conversation on the global tax system came forward after the US 2017 taxation reform with many saying it has failed to adapt to the rise of digital services in recent decades. Critics also argue that the lack of harmonised rules has triggered a ‘race to the bottom’ on global tax. Attempts to fix the system and prevent multinational companies from choosing an advantageous tax jurisdiction were previously blocked by the US which is home of tech giants Apple, Google’s owner Alphabet and Microsoft.

The Biden administration is pushing the proposal of a global minimum corporate tax rate of 21% of profits and allowing countries to charge some tax based on the location of sales. Although Ireland’s finance minister Paschal Donohoe said that Ireland would seek to retain its current corporate tax rate of 12.5%, one of the lowest in Europe, he warned that under the new tax proposals led by the US, Ireland could potentially lose 20% of its tax revenues.

At the same conference Donohoe said: ‘I believe that an agreement can be reached and I will work constructively towards such an agreement, but I also believe that it is a legitimate objective that any agreement can facilitate healthy and fair tax competition, while meeting the needs of all, not just some of the participants.’

‘I believe that small countries, and Ireland is one of them, need to be able to use tax policy as a legitimate lever to compensate for the real, material and persistent advantage enjoyed by larger countries.’

The context for any Irish decision on the 12.5% rate would also depend on whether there was an agreement on a global recommended minimum at the OECD. Saint-Amans said: ‘Ireland is not a tax haven, it is an investment hub and is a key player in the OECD talks for this reason.’

Saint-Amans said he believed that tax will most likely operate on a country-by-country basis, meaning it would apply directly to the earnings of companies in each country they operated in, he also said that there would be a minimum taxation rate but would not speculate on what rate might emerge.