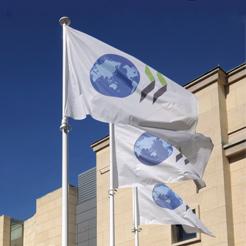 The OECD’s plans for reaching a consensus-based global approach to taxing digital services have been delayed, with no agreement now likely before mid-2021, despite analysis suggesting up to $100bn (£77bn) is at stake annually, an update on progress has revealed

The latest meeting of the OECD/G20 inclusive framework on base erosion and profit shifting (BEPS) agreed that the two-pillar approach under developments since 2019 provides a solid foundation for a future agreement.

It has now issued a blueprint for pillar one, which would establish new rules on where tax should be paid (‘nexus’ rules) and a fundamentally new way of sharing taxing rights between countries.

The aim is ensure that digitally-intensive or consumer-facing multinationals pay taxes where they conduct sustained and significant business, even when they do not have a physical presence, as is currently required under existing tax rules.

The blueprint for pillar two outlines proposals for a global minimum tax that would help countries around the world address remaining issues linked to base erosion and profit shifting by multinationals.

The OECD’s economic impact analysis suggests up to 4% of global corporate income tax (CIT) revenues, or $100bn of revenue gains annually, could result from implementation of the global minimum tax under pillar two.

A further $100bn could be redistributed to market jurisdictions through pillar one plans to ensure a fairer international tax framework.

However, negotiations have the two-pillar approach reflect convergent views on key policy features, principles and parameters for a future agreement. They identified remaining political and technical issues where differences of views remain to be bridged, and next steps in the multilateral process.

OECD secretary-general Angel Gurría said: ‘It is clear that new rules are urgently needed to ensure fairness and equity in our tax systems, and to adapt the international tax architecture to new and changing business models. ‘Without a global, consensus-based solution, the risk of further uncoordinated, unilateral measures is real, and growing by the day.

‘It is imperative that we take this work across the finish line. Failure would risk tax wars turning into trade wars at a time when the global economy is already suffering enormously.’

The absence of a consensus-based solution, on the other hand, could lead to a proliferation of unilateral digital services taxes and an increase in damaging tax and trade disputes, which would undermine tax certainty and investment, the OECD said.

Under a worst-case scenario – a global trade war triggered by unilateral digital services taxes worldwide - the failure to reach agreement could reduce global GDP by more than 1% annually.

Charlotte Richardson, UK tax partner at PwC, said: ‘This new framework has the potential to be a once in a lifetime change to the corporate tax system.

‘If agreed, it would potentially remove the highly distortive, gross base taxes such as the recently introduced UK digital services tax (DST) and address the prospect of double taxation.

‘In doing so, this could overcome a significant stumbling block in any UK-US trade negotiations.

"Nonetheless, there is still a long way to go and the complexity and implementation challenges shouldn’t be underestimated.

‘This is particularly important for UK businesses which not only have to adjust to a post-pandemic world but also to a post-Brexit environment.’

The consultation on the blueprints closes on 14 December.

Blueprint for pillar one