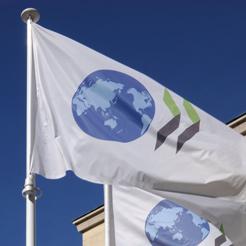 Tax revenues in advanced economies reached a plateau during 2018, ending the trend of annual increases in the tax-to-GDP ratio seen since the financial crisis, according to the OECD’s latest research

Relative to the OECD average, the tax structure in the United Kingdom is characterised by higher revenues from taxes on personal income, profits and gains, property taxes, and VAT.

The UK has a lower proportion of revenues from taxes on corporate income and gains, social security contribution, and goods and services taxes, as well as no revenues from payroll taxes.

Elsewhere, the OECD said major reforms to personal and corporate taxes in the US prompted a significant drop in tax revenues, which fell from 26.8% of GDP in 2017 to 24.3% in 2018.

Five OECD countries (Mexico, Chile, Ireland, the United States and Turkey) recorded ratios under 25%. The majority of OECD countries had a tax-to-GDP ratio between 30% and 40% of GDP in 2018.