The new global standard for the automatic exchange of information goes beyond the FATCA regime – the differences between the two models need careful understanding if financial institutions are to avoid non-compliance, says Rob Bridson

The Organisation of Economic Cooperation and Development (OECD) on February 13, 2014 released a model Competent Authority Agreement (CAA) and the Common Reporting Standard (CRS), which seek to establish a new global standard for automatic exchange of financial account information between governments, and is an approach at the heart of the battle against tax evasion.

As with the Foreign Account Tax Compliance Act (FATCA), the CRS model imposes obligations on financial institutions (FIs) to identify reportable accounts and obtain the accountholder identifying information that is required to be reported for such accounts with their local tax administration. It also provides the scope of the information to be collected and exchanged with the accountholder’s residency country.

A total of 42 countries have already committed to adopting the CRS and the expectation is that at least some of these agreements will be entered into later this year.

While the documents released do not include any specific timelines, we understand that financial institutions in countries which adopt the standard will be required to undertake the necessary due diligence obligations in 2016 with reporting starting in 2017.

The CAA is a model which sets out definitions, information to be exchanged, the time and manner of the exchange of that information as well as other administrative obligations to be adhered to be each jurisdiction. The CAA will be incorporated into domestic law by each adopting jurisdiction and is expected to operate within existing legal frameworks, such as the Multilateral Convention on Mutual Administrative Assistance in Tax Matters or Tax Information Exchange Agreements. This local implementation is likely to lead to differences in the interpretation of the CRS and corresponding compliance challenges for multinational organisations.

Competent authorities are required to exchange the name, address, taxpayer identification number (TIN), date of birth (for individuals), account number (or functional equivalent), account balance or value, gross amounts paid to the account in the year, and total gross proceeds paid or credited to the account by September of the year following the year to which the information relates. While each jurisdiction will set the FI reporting dates, these will clearly have to be in advance of the September deadline and may vary by jurisdiction.

The respective regulatory authorities must notify each other in the event of incorrect or incomplete reporting or non-compliance – these authorities are also tasked with addressing errors or non-compliance through domestic laws and must adhere to confidentiality and data safeguards. Where a jurisdiction does not currently operate automatic exchange of information, it is likely that the appropriate processes will need to be implemented to collect and transmit data to partner jurisdictions.

The due diligence processes are similar to the Model 1 Inter Governmental Agreements (IGA) under FATCA and are based on residency rather than citizenship or nationality. In common with the Model 1 IGA The due diligence processes to be applied distinguish between low and high value (over $1m in value on the last day of any calendar year) accounts as well as pre-existing, new, individual and entity accounts.

It should be noted that the dates when an account is to be classified as a pre-existing account and when the high value account review is to be conducted are to be agreed by the jurisdictions entering into the agreement. Accordingly, the same account could be subject to different treatment under different agreements.

The CRS removes various exclusions from the definition of a financial account including the ‘regularly traded on an established securities market’ rule that exempted certain debt and equity interests of investment entities and other FIs from being treated as financial accounts, the de minimis account balance or value thresholds for pre-existing individual accounts and cash value insurance contracts being limited to those with a cash value in excess of $50,000. This will have a large impact on FIs, requiring many more entities to report information than is currently required under FATCA.

Under the CRS, pre-existing lower value individual account due diligence allows an FI to rely on a residence address based on documentary evidence as an alternative to an electronic search for indicia. If this address is not held, the FI must search the electronic records for one of six indicia. These indicia have been modified from FATCA to reflect the fact that the CRS will focus on the tax residency of an account holder and bring in additional requirements in relation to accounts where there is a ‘hold mail’ instruction or ‘in care of address’ that is the sole address and no other indicia are associated with the account.

If any of the indicia are found, the FI must treat the account holder as a resident for tax purposes in each identified jurisdiction, unless it obtains documentary evidence to support the residency status.

The classification of pre-existing entity accounts is based on self-certification and other information collected for anti-money laundering and ‘know your customer’ purposes. In common with FATCA, a de minimis threshold of $250,000 applies, below which pre-existing entity accounts do not need to be classified until the account balance exceeds this value in subsequent years.

It should be noted that the CRS expands the definition of passive nonfinancial entity (NFE) which will require the identification of the residency of controlling persons of investment entities that are not within a participating jurisdiction. This represents a major change from FATCA and may create confusion as it appears to treat entities that are within the definition of an FI as passive NFEs.

While the details released on February 13 allow firms to determine the scope of their obligations under the CRS many questions remain unanswered and may be addressed in the commentary to accompany the CRS which is expected to be published in June. 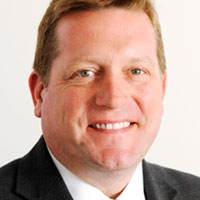 Bridson is a partner within the UK financial services tax business of PwC and is responsible for the firm's information reporting an...