Nunn: winners and losers in Budget 2020 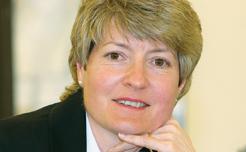 A mixed Budget of emergency measures for businesses and longer term plans for investment in innovation and changes to tax reliefs has tried to address the immediate concerns of businesses, says Yvette Nunn

2020 was a Budget that I hope I never see again in my lifetime, dominated by the coronavirus which had been in the news for under a month when Rashid Sunak MP became Chancellor. While the crisis is temporary, it will affect everyone’s lives for the foreseeable future, be it through illness, working restrictions, cancelled holidays or decimated pension value.

You could say the Budget was well timed, just as the UK and its citizens are starting to feel the effects on their daily lives, the Chancellor set out a package of measures to support business and households cope with the effects.

While changes to sick pay will be welcomed by small business to help towards the cost of supporting staff who are forced to be off work through illness or self-isolation, equally important was the gearing up of the business payment support service and the deployment of 2,000 HMRC staff to handle the calls.

There is also the government-backed loan scheme, which will be crucial for the survival of many business still reeling from the downturn in trade caused by Brexit uncertainty. The doors are open and there is real support for businesses.

A budget to support business, it depends upon your viewpoint. The temporary changes to business rates will be welcomed across the country, albeit the low rateable value limit will mean many of those who need help will not be eligible.

Those engaged in innovation will benefit from the increase in research and development (R&D) credit, while those about to retire will be disappointed by the reduction in entrepreneurs’ relief. Those who remember 2008 and the intervening years when business owners have forgone their own pension, salary and funded the business from their own pockets due to tighter bank funding limits will be disappointed and wonder why the government did it.

Entrepreneurs’ relief could have been better directed by doubling the qualifying period to support growth and investment instead of short-term gain, and reduced to say £2m instead of £1m. The revised limit gives little incentive to take risks.

Many civil servants have pension funds exceeding £1m so it gives the wrong impression to entrepreneurs who risk losing everything on a regular basis.

A positive message was given to doctors and other essential workers affected by the tightening on the pension tax relief caused by the tapered annual allowance. So there will be as many who will welcome many of the announcements, as will be disappointed.

Of course, there are all the topics that were not addressed in the Budget but needed some rethinking, such as the additional 3% stamp duty land tax (SDLT) charged on second homes which is affecting couples in ways which go far beyond the intention of the intention to restrict the buy-to-let market. T

hat there wasn’t more done to help ease the cost of buying electric cars, yes, the VED expensive car supplement has been removed, but it is only a charge that should never have applied in the first place.

Given that it is so costly to buy an electric car, meaning many simply cannot afford to buy one or indeed change their car, it was welcome news for many that fuel duty was frozen again. Mind you, the duty and VAT on the duty is still so much (over 70% of the cost of a litre of fuel), the fuel itself is almost free! 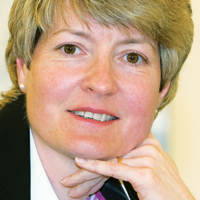 US urged to halt tax on Olympic medal winners