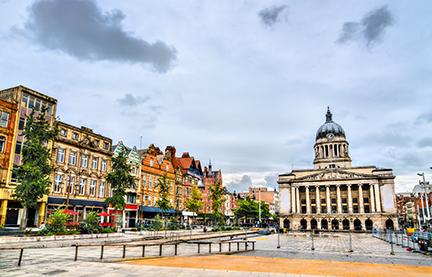 The probe follows publication of a public interest report from Grant Thornton, in which the council’s external auditors identified ‘institutional blindness’ to ‘very significant risks to public money’.

The report highlighted the serious failure of the governance at the council since RHE was set up in 2015, including lack of effective risk management, plus failure to take on advice or pass on accurate and timely information.

RHE was established as a wholly owned not-for-profit subsidiary, in order to tackle fuel poverty. Grant Thornton’s report found that as expected, the company made losses in its early years but reported a small profit of £202,000 in 2017/18 (although this was subsequently amended to a loss of £1.6m as a result of a prior period adjustment as part of the 2018/19 audit).

The losses were down to a number of factors including volatility in wholesale energy markets; regulatory price caps; the need to increase the provision for doubtful debts by £2.6m (more than trebling it) following an increase in debtors; implementation of a new accounting standard; and continuing difficulties in collecting old debt in the year.

Despite having concerns about the quality of the financial information being produced by RHE, its deteriorating financial performance and therefore its ability to make repayments, the council decided to make significant additional loans to the company on several occasions during 2018/19 and 2019/20.

Had it not done so, RHE would have immediately failed, and the council would have lost most of the value of its existing stake in it, with £47.4m at risk at the time when the largest loan was requested in October 2019.

Grant Thornton’s report said the council’s choice between two highly undesirable alternatives was largely the result of its  inadequacies in holding the company to account, and was critical of its lack of understanding of the risks involved in the project, poor governance, and incomplete financial information on which to base decisions.

The report stated: ‘Overall, the governance arrangements were overshadowed by the council’s determination that the company should be a success, and this led to institutional blindness within the council as whole to the escalating risks involved, which were ultimately very significant risks to public money.

As a result of RHE’s financial problems, the council has had to amended its 2018/19 accounts to reflect what amounts to a ‘loss’ of £24.4m, due to impaired loans to the energy company and increased liabilities with its suppliers.

Robert Jenrick, local government secretary, said: ‘A review such as this is not undertaken lightly – councils have a duty to manage taxpayers’ money responsibly and should be held to account where they are found to have failed to do so.

‘It is important we work together to turn the council around at this challenging time as they continue to support their community through the pandemic.’

Nottingham Council has been allocated over £34.3m in unringfenced funding since the start of the pandemic. In addition, the council’s core spending power saw an increase of nearly £17.6m this financial year even before additional emergency funding was announced.

Three independent reviewers have been appointed to carry out the review. Max Caller will lead and will be supported by a financial reviewer, Julie Parker, as well as a commercial reviewer, Phil Brookes.

This is the second such local authority probe launched this month, after the London borough of Croydon was put in the spotlight over its financial management and investment decisions, also following a Grant Thornton public interest report.