Northern Ireland cut in corporation tax to 12.5% in balance 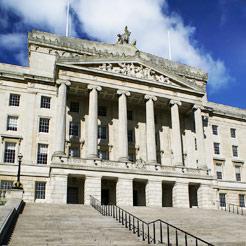 Northern Ireland's newly appointed finance minister, Máirtín Ó Muilleoir, the first Sinn Fein politician to hold the post, has indicated that the planned cut in corporation tax is not a ‘done deal’ and remains in the balance, saying it may not happen on grounds of affordability

The previous executive made a commitment to cutting the corporation tax rate to 12.5% in 2018 from the current UK-wide 20% rate, which was predicted to mean a cost of around £200m a year. This move formed part of the negotiations over the Fresh Start agreement.

He indicated that one of the areas of contention is issue of ‘secondary benefits’. This relates to the collection of potentially additional tax revenue, such as VAT, if the cut in corporation tax results in significant economic growth.

There is currently no mechanism for any of those additional revenues to be assigned to Stormont, and Ó Muilleoir said it was ‘unacceptable to me that the Treasury say that they would get the secondary benefits... I don’t like to say no, but I think you can take it that that’s a no.’