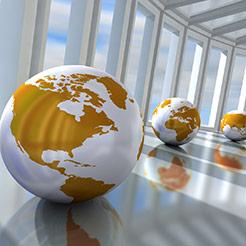 Use of business investment relief (BIR) by overseas high net worth individuals has increased five-fold since the tax break was first launched in 2012 by then chancellor George Osborne during the coalition government.

Non-doms invested £979m last year, a rise of 8% on the previous year and almost five times as much as the £199m raised in 2012/13, the year it was introduced, according to analysis by law firm Boodle Hatfield. The relief has seen almost £3.5bn invested in UK businesses since it was launched.

Business investment relief allows non-doms who claim the remittance basis to bring money into the UK tax-free, so long as it is used to purchase shares in or make a loan to a British business. Non-doms would otherwise have to pay tax rates of up to 45% on this money if they remit it to the UK.

Boodle Hatfield says that after a slow start, more non-doms are becoming aware of the scheme, with 500 non-doms using the relief to invest last year, up from 200 in its first year.

Changes made to business investment relief last year mean that individuals can now invest in a business up to five years before it begins trading, whereas the previous limit was two years. The firm argues this has made it more attractive to invest in technology companies that are in the development stage, and may still be several years away from generating revenue.

Kyra Motley, partner at Boodle Hatfield, said: ‘The government recently made some very positive changes to the relief, so there’s a good chance that investment by non-doms into growth businesses will soon pass the £1bn per year barrier.

‘Business investment relief is particularly popular among the younger, more entrepreneurial members of wealthy overseas families. They’re often much more keen to invest in fast-growing sectors like fintech than their parents’ generation might have been.’