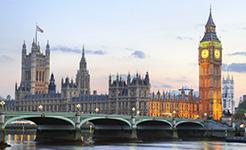 Conservative former cabinet minister Nicky Morgan has been elected the first woman to be chair of the Treasury Committee, replacing the retiring Andrew Tyrie

A soft Brexit advocate, Morgan beat Brexit hardliner Jacob Rees-Mogg to the top Treasury Committee post, and has cross-party support, particularly from those who wish to stymie the prime minister’s plan for a hard Brexit, leaving the single market, customs union and the jurisdiction of the European Court of Justice.

Morgan has been a consistent voice warning against the dangers of a hard Brexit, particularly since she left her post in the cabinet last year.

She beat Rees-Mogg, along with five other colleagues, with 290 votes against his 226.

Tweeting after her win, Morgan said: ‘Delighted & honoured to be elected by my fellow MPs as chair of the House of Commons Select Committee. Lots to do now.’

In a further statement, Morgan said: 'I am delighted to be elected as the chair of the Treasury Committee. Parliament has a strong role to play in scrutinising the government, and the select committee system acquires ever more importance in a hung parliament. I look forward to working with my colleagues on the committee to consistently, impartially and fairly hold the Treasury to account.'

Morgan will formally take up her role when the remaining members of the committee have been appointed by the House of Commons.