NI landlord given suspended sentence over failure to disclose tax 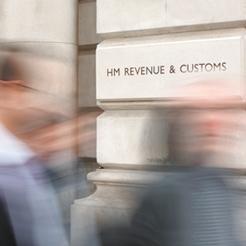 A Northern Ireland businessman who failed to declare a string of property sales to avoid paying more than £422,000 in tax, and did not use HMRC’s contractual disclosure facility COP9 to make good the irregularities, has been given a suspended sentence

Bartley Murphy, from County Down, built and sold 16 houses in the Racecourse Road area of Downpatrick for more than £1.8m between 2007 and 2014, but did not declare the sales to HMRC.

Murphy was offered the chance to put his tax affairs in order, declare any mistakes or irregularities and pay what he owed in full, plus interest and penalties, through HMRC’s contractual disclosure facility (CDF) known as ‘COP9’, but failed to do so.

As a result, HMRC began a criminal investigation in June 2014 and carried out searches at his home and business addresses. The investigation proved Murphy was illegally under-declaring the true scale of his income.

Murphy pleaded guilty to tax evasion charges at Downpatrick Crown Court and was subsequently sentenced to two years and three months imprisonment, suspended for three years, at Antrim Crown Court. He paid a compensation order for £422,142 to HMRC as restitution and also received a £15,000 fine which he has been given 26 weeks to pay.

Murphy becomes the first person to be convicted for failing to comply with the CDF in Northern Ireland.

Steve Tracey, assistant director, fraud investigation service, HMRC, said: ‘While Murphy, and his family, enjoyed the income from his businesses he failed to pay the tax due which deprived public services of vital funding and gave him an unfair advantage over his honest competitors.

‘He was offered the opportunity to put his tax affairs in order through the contractual disclosure facility. Instead he made a conscious decision to make only a partial disclosure of the tax offences he had committed. He could have been spared a criminal conviction had he fully cooperated with HMRC.’

PR guru Hillgrove given suspended sentence for non-payment of tax