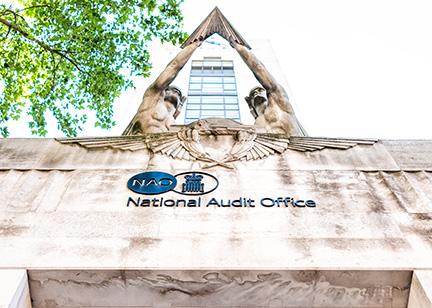 The National Audit Office (NAO) is warning that the government’s coronavirus job support schemes risk ‘considerable’ levels of fraud and error, potentially totalling up to £3.9bn, while up to 2.9m people may have missed out on any help

The watchdog said the coronavirus job retention scheme (CJRS) and the initial self employed income support scheme (SEISS) are forecast to have cost almost £70bn by the end of October, but says they have been largely successful in protecting jobs, with at least 12.2m people benefitting from support.

However, the NAO says the speed at which they were designed and implemented, and the difficulties HMRC may have experienced in working on new projects during a pandemic, have added to the risk of fraud, particularly for the furlough scheme.

The NAO found that 9% of people it surveyed admitted to working in lockdown at the request of their employer, and against the rules of the scheme, while HMRC’s fraud hotline has received over 10,000 reports, many referring to cases where employees worked despite their employer claiming for them as furloughed staff.

HMRC intends to publish the names of employers claiming the new job support scheme (JSS) scheme starting in November and to notify employees through their personal tax accounts when an employer has claimed JSS.

The report found the scale of total fraud and error is likely to be considerable, particularly for CJRS, but HMRC will not know the actual levels until the end of 2021 at the earliest.

In September HMRC’s assumption was that fraud and error could range from 5%-10% on CJRS, which would equate to £2bn to £3.9bn.

For the first SEISS grant, HMRC’s planning assumption was that fraud and error could range from 1%-2%.

The NAO said, given the lack of available data, both these estimates were necessarily assumption-based rather than evidence-based. HMRC is developing its understanding of the full scale of fraud and error, and believes it will need to redeploy staff from tax compliance work to tackle fraud and error on the schemes.

The report found that, the aim to make payments within six working days limited HMRC’s ability to carry out pre-payment checks, while it did not have the enforcement powers to recover overpayments by the time the schemes went live, as this was only granted in July.

The NAO said HMRC is monitoring the levels of organised criminal activity including the stealing of taxpayer identities and coercion of taxpayers to make fraudulent claims. To date, HMRC has blocked only £10m of CJRS claims.

HMRC estimated it could deploy around 500 staff to recover £275m on 10,000 of the most high-risk CJRS grants awarded, but that this would come at a cost to tax revenue because HMRC’s tax compliance work offers even higher rates of return.

In June HMRC concluded that its only option to address grant fraud and error was to redeploy existing, trained staff. It concluded it could not bring in additional staff because they would take up to 18 months to recruit and train to undertake complex compliance work, and this would be too long.

However, in October HMRC told the NAO that with the announcement of new schemes, and better understanding from the operation of SEISS and CJRS, it was now planning to use private contractors to supplement its compliance capacity where necessary.

HMRC does not yet know the scale of fraud and error it needs to tackle to any degree of certainty, and it is not yet clear for how long its compliance activity will be affected by the Covid-19 pandemic, the NAO found.

The CJRS scheme supported 9.6m jobs and, at its peak in May, around 30% of the UK workforce was furloughed.

The SEISS scheme supported at least 2.6m self-employed, around 77% of the 3.4m people potentially eligible for the scheme.

As many as 2.9m people were not eligible for the schemes, either because of ministerial decisions about where to focus support, or because HMRC did not have data needed to properly guard against the risk of fraud.

The NAO said this figure include 1.1m people estimated by third parties to be ineligible for CJRS because HMRC had limited data to validate claims or determine eligibility. These include short-term contractors and those who were the directors of limited companies paying dividends rather than salaries.

HMRC estimates show that around 1.6m self-employed people did not meet the criteria for SEISS, for example because most of their income did not come from being self-employed (1.4m people) or their trading profits exceeded £50,000 (200,000 people).

Third parties estimate that a further 200,000 were ineligible for SEISS because they were newly self-employed in 2019-20 and had not yet submitted a self-assessment return.

In its recommendations, the NAO says the Treasury and HMRC should consider how to ensure that reliable information, covering as many people as possible, can be used to determine eligibility so that fewer people suffering loss of income are excluded from similar schemes in the future.

The departments should also accelerate programmes to assess the total value of fraud and error, and ensure sufficient resources are committed to recover overpayments and fraudulent payments on both schemes where it is cost-effective to do so.

Gareth Davies, NAO head, said: ‘HM Treasury and HMRC met their objective to rapidly implement the schemes and the civil service should be commended for making these available ahead of schedule.

‘Indications are that the schemes helped to protect jobs in the short-term, but it is also clear that many other people have lost earnings and have not been able to access support.

‘It appears that the scale of fraud and error could be considerable, particularly for the furlough scheme.

‘HMRC could have done more to make clear to employees whether their employer was part of the furlough scheme. In future, the departments should do more while employment support schemes are running to protect employees and counter acts of fraud.’

Commenting on the report’s findings with regard to the 23% of self-employed people who missed out, Pamela Morton, NUJ national freelance organiser, said: ‘We just do not accept that HMRC did not have the data, or that there was the risk of fraud.

‘HMRC would have had the information about the many individuals who are paid via PAYE, yet are not employees, as well as those who have less than 50% self-assessed income.

‘There was no need for a cliff edge. Those running limited companies could have been helped based on their tax returns which could easily have been checked. The same cap of £2,500 could have applied to those with more than £50,000 in profits as applied to employees under the CJRS.

‘The government has put the misplaced fear of possible fraud above providing support for everyone fairly.’

Implementing employment support schemes in response to the Covid-19 pandemic