MTD: examples from around the world 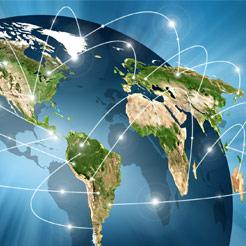 There are just over 70 days until Making Tax Digital (MTD) goes live in the UK. James Bunney looks at several other countries where digital reporting has been introduced in recent years

The global shift towards real-time reporting is gathering pace as governments seek to both reduce the cost of administration and shrink the tax gap that many face. Evolving technology has both prompted the development of international standards and increased the complexity of transactions between businesses and customers. Confronted with these issues, countries have implemented a variety of solutions, with Mexico leading the pack in 2010.

Electronic invoicing in Mexico began in September 2010 as part of one of the most comprehensive digital tax initiatives in the world under the CFDI banner. All companies with a yearly income over MXN 4m (£256,000) are required to send all of their invoices worth over MXN 2,000 electronically in a specific format via one of several government-approved platforms and store copies for future review.

In October 2016, the Mexican tax authority reported that it had performed approximately 11,000 electronic audits and levied 5,358 fines totalling MXN 55.8m, resulting in the closure of 565 establishments due to noncompliance. In 2017 the system was further improved to allow the tax authority to track payment receipts from registration to collection.

The Czech Republic’s decision to move to digital VAT reporting was prompted by the country having one of the highest rates of VAT fraud in the EU, with a Kč64bn (£2.2bn) VAT gap in 2014. From that year, businesses have been required to file VAT returns online via state-provided data boxes called NEN, secure processing centres for communicating with the government. These are mandatory for companies but optional for individuals.

In 2015 this was extended to other taxes that apply to businesses, and in the following year cafes, hotels and restaurants were required to use electronic tills that can track receipts and deliver VAT information automatically to the Czech tax authority. In 2016 the Czech government reported that the VAT gap had dropped by 3% compared to 2014.

A series of key initiatives introduced in the 13th Five Year Plan (2016) included plans to modernise the country’s economy through the introduction of the Business Tax to VAT programme. As part of this, e-invoices (fapiao) became mandatory for significant service-based industries, including telecommunications and public utilities. The fapiao is both a receipt and a tax invoice (issued by the Chinese Tax Bureau but provided by the seller) and has been in use, in paper form, since the 1980s. This system, which was criticised for the corruption it permitted, has now become digital, with invoices submitted in real time to the government.

Combined with the 2014 reform of multiple VAT rates into one single rate of 3%, the modern fapiao has allowed the largest Chinese companies to reduce their tax burden by RMB 400bn (£48bn). Also included in the Five Year Plan were tentative proposals to utilise blockchain to track transactions in real time. In May 2018 the State Council of China ordered local tax authorities to focus on the development of a blockchain-based transaction database.

Poland introduced JPK on 1 July 2016 for large companies with more than 250 employees, and medium-size businesses were required to comply from 1 July 2018. Due at the same time as a monthly or quarterly VAT return, JPK is derived from SAFT, which was created in 2005. Invoices containing VAT are submitted to the tax authority in an extensible markup language (XML) format via a digital platform.

Using the data gathered from businesses, the Polish government has been able to recover more than zł150m (£31m) and identify 85,000 invoices requiring further investigation.

In response to high levels of fraud and a sizeable ‘grey economy’, Brazil created an extensive system of mandatory electronic invoicing. This involves what is known as the NF-e, a document that is sent and stored electronically with the purpose of documenting commercial transaction between buyers and sellers.

It is obligatory for nearly all enterprises in Brazil and must be created whenever a taxable act takes place before being submitted in real time to the tax authority. It also requires all companies to submit transactional accounting information in a specific electronic format to the tax authority, providing the government with greater insight into companies’ activities. However, widespread corruption has limited its impact and proof of its effectiveness has yet to be produced.

First introduced on 1 July 2017 to tackle a €6bn (£5.31bn) VAT gap, SII requires all large-sized VAT registered businesses with annual turnover greater than €6m to report invoices within four days of their issuance. All data must be uploaded as an XML file to the website of the Spanish tax authority. Late reporting of real-time VAT ledgers triggers a penalty of 0.5% of the missed amounts, with a minimum of €300 and a maximum of €6,000 per quarter.

On 1 January 2018, SII was extended to businesses in Spain’s two autonomous communities, Basque Country and Navarra, which apply the same VAT rules as Spain but administer and collect tax independently.

For more than a decade, tax filings in Italy have been online-only, but pre-population has only been employed since 2015. As of 1 January 2019, electronic invoicing is mandatory for private businesses for all transactions performed between businesses resident or established in Italy, with the sole exceptions of those enrolled in a special scheme for small enterprises. The creation of the system was prompted by the fact that Italy’s VAT gap is the largest in the EU, accounting for 23% of an estimated €151.5bn VAT missing.

These invoices must be issued in a prescribed format and written in XML, as well as being digitally signed to guarantee authenticity of origin and the integrity of the content. These are then uploaded to the Italian Revenue Agency via a dedicated portal. Invoices not submitted through the system can incur penalties of up to 180% of the VAT due.