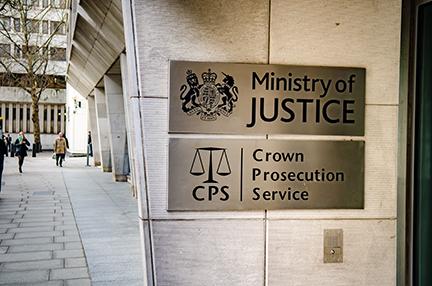 The Ministry of Justice (MoJ) has announced a Law Commission review of the corporate criminal liability laws, with potential reforms including new offences holding companies to account for criminal wrongdoing undertaken by them, or on their behalf

The review was requested by the MoJ, Treasury, Home Office, Attorney General’s Office, and the Department for Business, Energy and Industrial Strategy, and follows the mixed success of recent high-profile prosecutions.

An earlier call for evidence on ways to tighten up legislation to tackle fraud and money laundering, which ran from January to March 2017, proved inconclusive.

It considered a number of options, including whether the test for attributing fault to a corporate where it can be shown that an individual in the corporate had the ‘directing mind or will’ behind an offence is deficient, particularly in the context of prosecutions against large modern companies, but the responses did not provide a clear consensus on how to proceed.

The latest review will look in more detail at whether any new offences need to be created to make it easier for enforcement agencies to prosecute crimes such as fraud, money laundering and false accounting.

The Law Commission is expected to present recommendations for reform next year.

‘Firms that aid and abet this behaviour should know that it will not go unpunished and I look forward to the Law Commission’s recommendations on how we can strengthen this area of the law further.’

The new inquiry will include two strands focusing on anti-money laundering (AML) systems and the sanctions regime, and the work of the Office for Professional Body Anti-Money Laundering Supervision (OPBAS).

The second strand focuses on consumers, including emerging trends as a result of coronavirus and authorised push payment fraud – also known as bank transfer scams – which occur when consumers are tricked into transferring money from their own bank account to one belonging to a scammer.

Adam Harper, director of strategy and professional standards at AAT, said: ‘AAT strongly supports the UK’s drive to combat money laundering and terrorist financing and, whilst OPBAS is now more established and its operational dynamics as an overarching regulator for professional supervisory bodies appear to be working well, there were issues when OPBAS was initially established.

‘The main pitfalls from AAT’s perspective included the lack of clarity around its objectives and how its creation was therefore going to deliver improvements. That’s one of the reasons why we still believe an independent inquiry into the effectiveness of OPBAS would be a good idea.’

Commenting on the launch of the inquiry, Mel Stride, chair of the Treasury Committee, said: ‘The previous committee made a series of recommendations on the UK’s effort to combat money laundering and what can be done to prevent consumers from being victims of economic crime.

‘The current committee will now examine what progress supervisors, law enforcement and the government has made in these areas.

‘It’s important that the relevant bodies are held to account and scrutinised effectively to ensure that the UK is a clean place to do business and that consumers are protected from economic crime.’