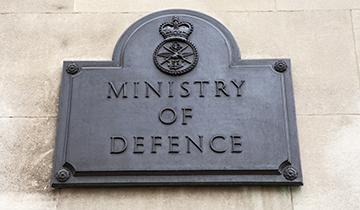 MPs have lambasted the Ministry of Defence (MoD) over its poor contract design and management for critical infrastructure projects, which have resulted in taxpayers shouldering ballooning costs which have already topped £1bn

The public accounts committee (PAC) inquiry looked at the MoD’s submarine-based nuclear deterrent, which relies on a network of programmes, equipment and people, including specialised infrastructure.

It found poor management of three on-going critical infrastructure projects has contributed to a combined cost increase of £1.35bn and delays of between 1.7 and 6.3 years.

PAC said each project suffered significant problems in its early stages and the MoD said it ‘immensely regretted’ the amount of taxpayers’ money lost.

The department said it accepts that poor contracting had made it difficult to incentivise better performance from contractors, and that it had not engaged effectively with the nuclear regulatory bodies. It also described its past arrangements as ‘fragmented and balkanised’, with insufficient recognition of the interdependencies between projects.

Since 2016, the MoD has negotiated some changes to the contract at one of the three programmes to reduce its financial risk exposure, and improved its oversight arrangements, but says it is too early to assess whether these reforms have been effective.

However, the department also admitted that costs could keep rising, as its poor contract design has left the taxpayer to assume financial risk.

The PAC report highlighted that 48% of the total increased costs and nearly £400m on one specific project arose as a result of construction starting before requirements or designs were sufficiently clear, which was time-consuming and costly to subsequently rectify.

The MoD told the committee that similar projects in other countries had also gone over budget, because of the unique complexity, scale and safety standard requirements of nuclear projects. It stated that the big lesson from these experiences was the crucial necessity for proper planning before starting to build.

‘The department knows it can’t go on like this, it knows it must change and operate differently. The test now is to see how it will do that, and soon.

‘We expect the MoD to report to us later this year, in its 2020 update on the Dreadnought nuclear submarine programme, on how it is working with industry and other departments to develop and keep in place the skills it badly needs to take forward nuclear work.

‘We also expect a detailed assessment, of whether the current ownership arrangements for nuclear regulated sites are in the best interests of the taxpayer, to be provided to us by the end of this year.’

Accounting for the MoD - Sound Ministry?