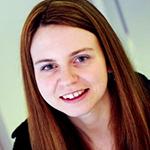 Under the proposals, a new micro accounting regime based on a receipts and payments basis is being considered for the smallest charities with annual income of less than £250,000.

The plans were discussed at a recent Charity Commission meeting, where members expressed views on the recommendation that the very smallest company charities with incoming resources of less than £250,000 should be permitted to prepare accounts on the receipts and payments (R&P) basis. They also considered the changes that would be required to make sure that receipts and payments accounts could show a true and fair view if the charity was also a company.

A number of members indicated their support for the change, but felt the current receipts and payments accounts would require additional disclosures in order to show a true and fair view.

It was noted, however, that accounts prepared under FRS 105 are considered by law to give a true and fair view as a result of the UK implementation of the EU Accounting Directive.

Another issue raised was jurisdictional variations, due to differences in the form and content of receipts and payments accounts as a result of the legislative requirements, for example in the UK versus Ireland. This would mean that any SORP for micro charities would need to take into account legal differences between the UK and Ireland in terms of company law, and further down the line potential EU legislation.

The number of charities which would be impacted by this change was considered. It was estimated that around two thirds of those charities which are companies would meet the current threshold to prepare receipts and payments accounts in England and Wales, and are currently unable to do so as a result of being constituted as charitable companies. It was expected that this proportion was similar in Scotland and may even be higher in Northern Ireland, where there is currently no option for a charity to form as a charitable incorporated organisation.

The Chair finally discussed the need to strike the right balance between the need for transparency in charity reporting and lessening the regulatory burden. It was observed that FRS 105 was introduced in order to meet similar objectives for micro-entities in the corporate sector. Therefore, it was felt time should be taken in order to explore if a similar solution could be developed for the charity sector.