Making Tax Digital is the priority for HMRC 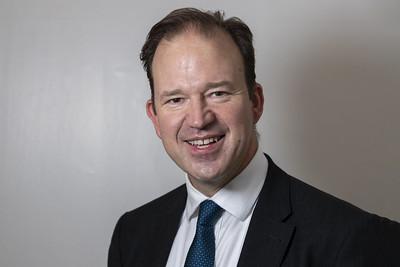 Jesse Norman MP, financial secretary to the Treasury, has told businesses and accountants at the annual HMRC stakeholder conference that HMRC’s priorities for the future of the tax system will heavily involve Making Tax Digital (MTD)

Norman’s speech opened with an explanation of the policies and schemes that HMRC has put in place and the collaboration work they have done with stakeholders through the Covid-19 pandemic.

Norman spoke about ‘what HMRC will look like in four years’ time, stating that digitisation and real time information are going to be the two pillars that HMRC focuses on as an organisation to improve the resilience and the effectiveness of the tax system and create greater flexibility and bandwidth. HMRC has created a 10-year tax administration strategy that will focus on the changing tax system.

Norman stated that the fundamental role of HMRC’s will remain the same, they will continue to collect the taxes, support public services and provide financial support to those that need it most but added, ‘How we do it and how we interact with how people choose to live and work has massively changed in the last few months. They are important questions and we need to change, and we need to change the tax system, to make sure that we recognise the new facts’.

As stated, the central strategy for the future of taxation will be MTD with HMRC focusing on the idea that ‘it’s not just about systems, it’s about the everyday business of making tax easier to calculate and easier to understand’. The plan is to build an easily accessible and secure system of single digital accounts.

Norman said: ‘We want taxpayers to have the information they need to enable them to manage their tax affairs in one place. We want them to be able to understand their tax obligations more easily. We want them to be able to pull in more tailored support so that they can make better judgments. And, of course, we want HMRC - and ultimately us all as taxpayers - to benefit from greater efficiency across the system.’

Norman said: ‘The first is we’re focusing on extending our Making Tax Digital programme.’ And stated that by April of 2022 smaller VAT registered businesses will be required to join the larger organisations that are already signed up to MTD and by 2023, HMRC will extend MTD to income tax self-assessment for business and landlords with income over £10,000.

As part of MTD, tax reporting will also be brought in line with real time. This goal will allow taxpayers to have a single and complete financial picture of their tax situation in real time, the scheme may still include end of year adjustments. Norman states that this will not be a ‘one size fits all’ scheme as ‘there will remain a very wide range of people with an infinitely different array of circumstances’ and those situations would be dealt with on a case by case basis and will shape how the scheme can change and adapt.

Norman also discussed the plans to improve standards in the tax advice market and services for agents and representatives. HMRC will also work to simplify and modify the tax administration legislative framework so the benefits from the technological and data advances that are being made can be experienced by all.

The government has already committed to expanding the MTD scheme by providing an additional £500m in funding last August with the March 2021 Budget announcing a further £68m to take forward work on developing the single digital account and the customer record. HMRC also gave more prominence and transparency to tax consultations with Norman saying ‘it was a small act but I think important measure designed to reform the process of making policy itself within the tax system’.

Norman highlighted the fundamental issue of public trust within the taxation system and that HMRC wants to tax with ‘people’s consent’. He added: ‘Public trust is a basic aspect of all taxation and if we’re going to make these kinds of changes that I’ve described, we need to ensure that the public’s faith in the tax system remains undiminished. And that means building and maintaining and sustaining that relationship of trust and consent.’

To help build the public trust HMRC has upgraded and updated its charter recently in order to be clear that the standards of behaviour should be both for them and for taxpayers, they have also worked on their guidance to make it more accessible, clear and authoritative as possible. They have also introduced a support service to provide extra assistance to those who may need it.

Norman goes on to explain the reflections over the last 12 months of the Covid-19 pandemic saying ‘I have tried to take a lead within the Treasury and with HMRC, setting challenges on how they think about the response - not just this pandemic, reflecting on what we’ve learned - but also how to go forward, no one can predict the precise nature of future events’.

Norman says: ‘As MTD is developed, it does have the potential to provide other benefits for businesses in normal times. That might be better record keeping, it might be greater support for productivity improvements, it might be lower error rates, it might be prompts to their own business management practices.’

After speaking to stakeholders, he stated that there may be transitional processes to follow and possibly transitional costs. Knowing that there are concerns about these burdens and the size of them, he says that he is ‘very much still in listening mode on this issue’ .

Norman repeats that MTD is a fundamental part of the wider vision for restoring and renewing the tax administration system. He said: ‘I think we’re in an important moment in the evolution of the whole system. I am going to be giving this as much energy as I possibly can. I will be pressing this in all parts of government. I know the Chancellor is fully committed and behind us and I know that if we really engage with it and we continue to work as hard, collectively and constructively as possible, then we can achieve something quite extraordinary.’