Loan charge settlements: what you need to know

The deadline for settling loan charges with HMRC is 5 April 2019. Meredith McCammond CTA, technical officer at LITRG, answers questions workers who have previously been enrolled in loan schemes may have 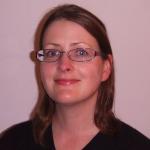 I worry I may owe HMRC thousands of pounds - what might I be facing?

For those only in a loan scheme for a short period of time, and who were not highly paid, there will be some tax to pay but things may not be as bad as they seem. Some people will owe HMRC significant amounts, but HMRC will always take account of individual circumstances and ability to pay when seeking to agree a settlement.

Most, but not all, loan schemes involved a non-UK trust. But there are also loan schemes operated by umbrella companies and it may be that lower paid workers may be more likely to have been in one of these.

Under HMRC’s ‘contactor’ settlement terms (these will be the terms most relevant to those lower paid agency workers who inadvertently got caught up in an umbrella company loan scheme), workers only have to pay HMRC the tax that should have been paid on any untaxed loan income they received - not the whole amount of the loan itself.

For those who would have been a basic rate taxpayer in the tax year in question, once adding in the loan, this tax will be up to 20% of the amount received. If a taxpayer still has some personal allowance spare for that tax year, it could work out as less than 20%.

The untaxed loan income amount will be the value after any umbrella company fees have been deducted (these are not usually recognised for tax purposes, so this is somewhat helpful). In addition, ‘employed’ contractors will not have to pay any of the National Insurance Contributions (NICs) that would have been due had the earnings been paid properly (that is, as employment income under PAYE) in the first place.

If the unpaid tax relates to open tax years (generally the last four complete tax years, plus any earlier years where HMRC has opened a formal enquiry), then historic interest on the amount of unpaid tax will be applied.

The current interest rate is 3.25%. Interest will be calculated from due dates up to 5 April 2019 (or the date figures are submitted to HMRC if earlier).

If any of the unpaid tax relates to earlier ‘closed’ tax years, then HMRC will not charge interest on them.

HMRC has indicated that penalties, on top of any tax and interest, will be the exception rather than the norm. This is especially true for people who were passive users of loan schemes, that is, people who may not have really understood what was happening with their pay and taxes or who had little choice but to join schemes if they wanted to work.

It is important to note that the settlement figure will include any additional student loan repayments for the years being settled, based on the increased level of income in those years.

A word of warning - on occasion, a person might be better off under the loan charge.

If I cannot calculate the value of the loans, will HMRC use an estimate?

HMRC understands that some people did not even know that they were in a loan scheme and so will not know the amounts that they received in loans. They also appreciate that pay documents and other paperwork may only have been provided online - and are therefore locked away in systems or platforms to which access is no longer possible

In these circumstances, everything possible should be done to get the information that HMRC requires to be able to actually determine the amount received in loans. For example, by trying to contact the umbrella company (or even the recruitment agency) or by looking at the flow of money into a bank account.

Historic bank statements can be obtained from a bank or building society. Online banking means that statements going back several years can usually be accessed easily and for free.

If all else fails, HMRC will try to extrapolate the amount received in loans by looking at the type of work being done (and therefore the likely pay rate) and what it knows from its own records. By putting this together with information that they have about how umbrella loan schemes typically worked, they should be able to identify, quite accurately, the amount of money received in loans.

I want to settle with HMRC but have limited means - is HMRC able to use any discretion?

Generally, HMRC seeks to collect everything that is legally due. They would quite rightly be open to serious criticism if they did not do this.

However, they could also be criticised if they did not act reasonably towards people who want to bring their tax affairs up to date once and for all, but are genuinely in a situation where they cannot pay everything they owe.

For these reasons, although HMRC will never compromise on the amount of tax that is owed and are simply not able to ‘release’ people from tax liabilities, in certain circumstances they may agree to accept a lower amount by way of settlement where it is reasonable to do so.

These powers allow HMRC to consider the person’s individual circumstances when determining the final settlement amount. If the amount calculated as owed is £50,000, HMRC can agree a contract settlement for £40,000 if circumstances justify such an approach.

HMRC will use these powers occasionally when there is no hope of getting the full amount of money - for example, where a person is elderly, sick, long-term unemployed or where there is little prospect of their financial situation improving. HMRC can only consider this course of action on the basis of a full and frank discussion as to individual facts and circumstances.

HMRC say I can pay the money owed over five years if I settle my affairs ahead of the loan charge coming in - will I have to provide evidence to do this?

No. HMRC says that provided the conditions are met (such as having income under £50,000 a year and no longer engaging in tax avoidance), a five year instalment arrangement will be offered on a no-questions-asked basis. HMRC does not necessarily require the initial payment to be made on or before 5 April - rather, it is the agreement itself which must be in place by 5 April.

Even if HMRC have agreed to accept a lesser amount by way of settlement because of circumstances, a five-year instalment arrangement over which to pay the agreed settlement amount can still be arranged.

If longer than five years is needed to pay, HMRC will consider cases on an individual basis. HMRC may not agree to any kind of longer-term instalment arrangement if, for example, there are assets that could be sold or other ways of raising the money more quickly.

If HMRC accepts an instalment arrangement, then they will charge ‘forward interest’, which is the normal interest rate plus 1% beginning from 6 April 2019. The estimated forward interest, based on the progressively reducing balance after each instalment, will be included in the settlement amount.

Will I be expected to sell my house or take a loan to repay HMRC?

HMRC has recognised the need for a more tailored approach in many loan charge cases - hence the introduction of the five-year no-questions-asked arrangement described above, for example.

Of course, raising a loan or selling some assets to pay a settlement bill are options - some may wish to do this to put the matter completely behind them, or because they can get a bank loan at an interest rate that is cheaper than HMRC’s forward interest rate.

There are many people talking about bankruptcy in connection with the loan charge, but HMRC will only pursue bankruptcy as a very final option such as where there are valuable assets that could be used towards payment of the debt and they have just been unable to come to any other reasonable arrangement with the taxpayer.

If things are left to the last minute, there is very little chance of HMRC being able to deal with them before 5 April 2019

Some people with huge bills to pay may end up in bankruptcy - this may be initiated themselves, because they are insolvent and want a fresh start, or it may be as a result of HMRC petitioning for bankruptcy.

For homeowners, HMRC may also consider putting a legal charge on a property, which means that the debt is repaid when the house is sold. These arrangements are dealt with by HMRC’s debt management team, but the current guidance is that they are only used as a last resort in very specific circumstances.

Will I have to deal with another part of HMRC if I want to arrange to pay over an extended time?

No. The team engaged in reaching a settlement will be the one who will agree an instalment. In fact, the same team- or even the same person - will look after a case from the start of the process to the end. This should save taxpayers having to discuss their details over and over again with different parts of HMRC.

If an instalment agreement is made, it is obviously imperative that these payments are met in full and on time. In the case of a default, the debt will be passed to HMRC’s debt management team.

Am I too late to reach a settlement with HMRC?

No - but there is a need to move quickly. Originally, HMRC asked those who wanted to settle their tax affairs to let them know and provide all of the information required to calculate a settlement by 30 September 2018. This was to ensure there was enough time to process the settlement before the loan charge comes into effect on 5 April 2019.

But this date was set to try and encourage people to contact them in good time. HMRC will still do their utmost to reach a settlement to avoid the loan charge, provided taxpayers come forward as soon as possible, although as we explained previously this is not guaranteed.

The bottom line however is that it takes time to process settlements. If things are left to the last minute, there is very little chance of HMRC being able to deal with them before 5 April 2019.

This article was first published on litrg.org.uk. Further examples including settlement figures are available here