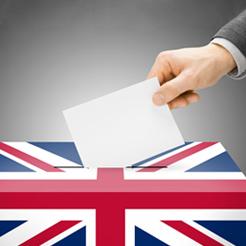 The Liberal Democrats would raise income tax by 1p across all bands to fund the NHS, and put the corporation tax rate back to 20%

For businesses, it has signalled that it will raise corporation tax by 1%, reverting to the 20% rate, which has been in place for five years.

The universal rise in income tax rates would raise £7bn a year in additional revenue which would be ring-fenced to be spent only on NHS and social care services. The 1p hike would affect all taxpayers, including basic, higher and additional rates of income tax. It would be the first time the basic rate of tax of 20% had changed since 2008.

On corporation tax, the plan is to ‘keep the rate stable with a predictable future path’, while the party also wants to start taxing income from capital more fairly compared to income from work. It plans to abolish the separate capital gains tax (CGT)-free allowance and instead tax capital gains and salaries through a single allowance.

The LibDems are also promising to simplify business taxation to lower administration costs – supporting smaller companies – and reduce opportunities for tax avoidance. This will include introducing a general anti-avoidance rule, setting a target for HMRC to reduce the tax gap and investing in more staff to enable them to meet it.

The manifesto says a LibDem government would reform place of establishment rules to stop multinationals unfairly shifting profits out of the UK, and improve the digital sales tax to ensure tech giants pay their fair share. It would support and build on the OECD’s proposals to require multinationals to pay a level of tax which is more closely related to their sales in every country in which they operate.

Other pledges include replacing business rates in England with a commercial landowner levy based solely on the land value of commercial sites rather than their entire capital value, and shifting the burden of taxation from tenants to landowners. The LibDems also want to end retrospective tax changes like the loan charge, as well as reviewing recent proposals to change the IR35 rules, and plan on scrapping the marriage tax allowance.

Another LibDem initiative would see every adult in England given a new skills wallet, providing them with £10,000 to spend on education and training throughout their lives. The government will put in £4,000 at age 25, £3,000 at age 40 and £3,000 at age 55, with individuals, their employers and local government able to make additional payments.

Paul Haywood-Schiefer, manager – private client, with Blick Rothenberg, pointed out that abolishing the marriage tax allowance could have a significant impact, even though take-up of the relief has been slow.

‘This measure would hit the (just under) 1.8m claimants, who are amongst the lowest earners in the country, for an amount per couple of up to £250 each. This is for a saving to the treasury of just £535m per year or approximately 0.08% of the total receipts of HMRC in the last year.’

The LibDem’s costings summary of its proposals provide only limited support for the figures stated, although the party suggests that its opposition to Brexit will mean a £14.3m ‘Brexit bonus’.

‘However, the income includes £5,700m from additional funds raised from tackling tax avoidance. This promise is repeatedly made by all parties and it is unclear how this will come to fruition without investing in HMRC and their staff.

‘In terms of actual tax rises (excluding anti avoidance measures), the income they expect to generate is £31,360m against expenditure of £62,920m.  It should be put in perspective that they expect annually to raise just £7,740m from a 1% raise in income tax.

‘In short for every £1 of tax raised by increases in tax rates or new taxes, the Lib Dems are committed to £2 of additional spending.

‘Finally, these numbers cover the period for 2024/2025. It is unclear as to when these proposals will be brought in, and how the staging of them will affect borrowing.’