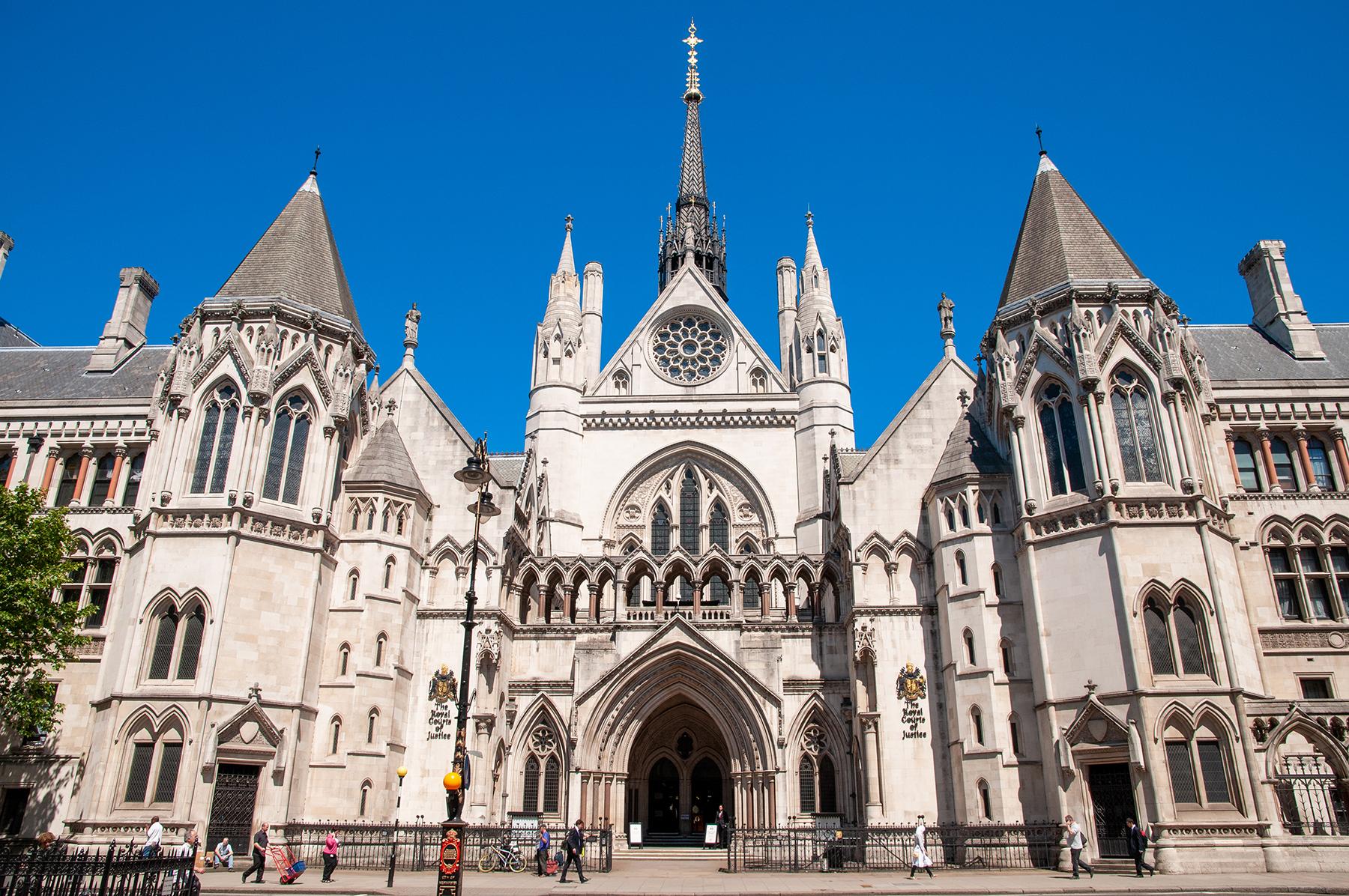 In this month’s legal updates, Sophie Brookes, partner at Gateley, examines the rulings on disguised distribution in SSF Realisations and the definition of a 'manifest error' in Flowgroup

The High Court has held that a management charge payment from a subsidiary to its parent company was in fact an unlawful distribution.

In 2008 the subsidiary was acquired by Loch Fyne Oysters Ltd (the parent) and the subsidiary then began to source and supply fish, at its own cost, to the parent's customers. As a result, a substantial inter-company balance was owed by the parent to the subsidiary. In the subsidiary's October 2011 management accounts the debt due from the parent was £944,089.

By this stage, the companies were in financial difficulties and negotiations began to sell them. The parent and the subsidiary were to be sold to separate buyers and it was agreed that there would be a clean break with nothing owed from the parent to the subsidiary.

Accordingly, a board meeting of the subsidiary was held in November 2011 at which it was agreed to make a distribution to the parent and to pay the parent a management charge. Each of those was then set off against the debt due from the parent to the subsidiary.

Commenting on the relationship between a parent and its subsidiary, the judge said that it is generally in the interests of a parent company that its subsidiary's business is successful. The parent can expect to benefit from that success through the increased value in the shares it holds in the subsidiary. So a parent might choose to support a subsidiary financially by contributing capital as opposed to debt, or by providing benefits in kind such as the supply of services or goods without requiring the subsidiary to pay for them.

In the absence of any agreement for reimbursement, the legal relationship under which the parent provided any support to the subsidiary must have been that of shareholder/company, not creditor/debtor. The parent's entitlement to benefit from having provided those goods and services is via the rights conferred on it as shareholder (for example, via dividends or an increase in the value of its shares).

By subsequently determining to assume a liability to pay for those goods and services, the subsidiary was agreeing to make that payment for no consideration. That was, in substance, a voluntary distribution of its assets to its shareholder.

The judge found that the combined total of the dividend and the disguised distribution represented by the management charge exceeded the subsidiary's available distributable profits by £316,859. As the knowing recipient of that unlawful distribution, the parent was liable to repay that amount. In addition, two directors of the subsidiary were also liable, by reason of breach of duty in authorising the unlawful distribution, to compensate the company in the sum of £316,859.

The case is a reminder that fictitious management charges used to clear inter-company balances can be open to challenge if they do not reflect the circumstances in which those balances arose and the commercial realities of the relationship between the parties.

Case report: expert determination and definition of a 'manifest error'

In dismissing a recent challenge to an expert determination based on 'manifest error', the High Court has given some guidance on what that phrase means.

Commercial agreements will often contain provisions under which any disputes between the parties in relation to certain matters can be settled by expert determination. These provisions ensure that a matter can be resolved quickly without the need for lengthy and costly litigation.

In Flowgroup plc v Co-operative Energy Ltd [2021] EWHC 344 (Comm) the parties had entered into a share purchase agreement under which Flowgroup acquired the share capital of Flow Energy Limited from Co-operative Energy. The agreement contained a working capital adjustment which required a completion statement to be produced to verify the target's working capital as at completion.

The agreement provided for any dispute relating to the completion statement which could not be resolved between the parties to be referred to an 'expert' for determination. It also stated that 'the expert's written decision on the matters referred to him will be final and binding in the absence of manifest error'.

The buyer prepared the draft completion statement and served it on the seller. The seller disputed certain items in that statement and, when the parties were unable to agree on them between themselves, they referred them to an expert.

The expert's determination was largely favourable to the buyer and, in particular, it reduced the value of three categories of assets below the values attributable to them in the target's most recent management accounts.

The seller brought a claim to set aside the expert's determination for manifest error including in relation to the treatment of the three categories of assets.

What was a 'manifest error'?

The parties agreed that a manifest error was one that is 'obvious or easily demonstrable without extensive investigation'. But they disagreed on what this actually meant:

The court dismissed the seller's claim to set aside the expert's decision for manifest error. The judge said that the test from Veba Oil had not been incorporated into and replaced by the visibility test from the later decision in Amey. The Veba Oil case identified an important and necessary component of the manifest error exception.

Generally, the courts have emphasised that the circumstances in which an expert's decision can be challenged are tightly constrained. If the seller's simple visibility test was adopted it would add little context to the word 'manifest' in the phrase 'manifest error'. That test would allow all 'errors' to be challenged, making the courts an alternative forum for those dissatisfied with an expert's decision.

This case provides a useful explanation of a commonly used phrase. It makes clear that a manifest error was one that was more than just wrong – it was a clear and obvious 'howler'.

One aspect of the NSI Bill will see a mandatory notification regime for transactions in 17 specified sectors. Following a recent consultation the government has refined the definitions of those sectors.

Although the NSI Bill is aimed at transactions with national security implications, there were concerns that the original definitions of the 17 specified sectors did not offer sufficient clarity and would catch a range of deals which had no material effect on national security.

This would not only complicate transaction processes, as deals caught by those sector definitions must be conditional on clearance being given, but it would also significantly increase the burden on the new Investment Screening Unit (ISU) being set up to handle notifications and review transactions. There were concerns that the ISU may be unable to cope with the volume of notifications which would adversely affect deals in those sectors and create uncertainty for potential buyers.

In its response to the consultation the government has said that its revised definitions 'set out clearer parameters that will enable acquirers to better judge whether their planned deal falls within scope'. By narrowing the definitions it is hoped that this will ensure the regime is targeted and proportionate.

Changes to the definitions from the original consultation include:

The government has also provided more information on the new ISU which will be responsible for the operation of the new regime. The ISU will sit within the Department for Business, Energy and Industrial Strategy (BEIS) and will be responsible for identifying, addressing and mitigating national security risks to the UK arising when a person gains control of a qualifying asset or qualifying entity as set out in the NSI Bill.

The new ISU, which is still being set up, will provide a single point of contact for businesses wishing to understand the NSI Bill and notify the government about transactions. Interested parties are already able to contact the ISU to discuss a potential transaction and seek clarity over whether that transaction is likely to be called in for review under the retrospective powers to be granted in the NSI Bill.

The government has said that the sector definitions may be revised further as the NSI Bill progresses through parliament and that it continues to engage with stakeholders on this. The final definitions will be set out in regulations after the NSI Bill has received Royal Assent.

Sophie Brookes is a partner at Gateley Legal 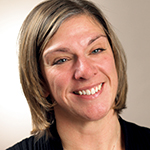 Sophie Brookes is a partner and professional support lawyer in the corporate team at Gateley plc. Her over-reaching responsibility i...