Plans to reform the taxation of LLPs will hit law firms hard as they consider whether to call for an injection of partner equity, reports Rachel Fielding 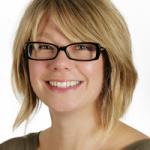 For aspiring legal eagles, being a partner in a law firm offers a certain kudos, but the question is how much you would be prepared to pay to hang on to your status?

As the latest crackdown on tax avoidance sets its sights on ‘disguised employment’ among limited liability partnerships (LLPs) as a means to bridge the tax gap, the impact of new rules is being felt across the legal sector as swathes of law firms are being forced to review their partner remuneration structures – or risk incurring the wrath of the taxman.

Following an announcement in the chancellor’s autumn statement, draft Finance Bill 2014 legislation published on 10 December proposed new anti-avoidance measures that would from 6 April 2014 treat some partners as employees for tax purposes and remove the automatic presumption of self-employment. The Treasury believed that partnerships were a feature of some aggressive tax avoidance schemes; the new rules are expected to bring in around £1bn of additional tax revenue.

HMRC’s aim is to ensure fixed share partners who fall within the new disguised salary rules become subject to PAYE and employees’ National Insurance Contributions (NICs). The LLP would also become liable to employer’s NICs – with equity partners the ones likely to foot that bill. It soon became clear that this new measure would potentially have a very significant impact on most professional practices trading through an LLP structure.

The move, described as ‘dramatic’ by some industry experts, will potentially catch many members of larger firms, particularly where the firm has complex profit-sharing arrangements. High-earning senior lawyers, such as partners in the London practices of US firms, are likely to be among those hit by the new regime. There are also concerns that genuine partnerships using the structures to accumulate profits for internal investment will be caught in the crossfire, as HMRC has turned a deaf ear to pleas from across the profession not to apply a broad-brush approach.

In a surprise move on 12 April, weeks before the changes were due to come into effect, the House of Lords sub-committee reviewing the Finance Bill 2014, called for a delay in implementation. The government hasconfirmed that there would be no change to the proposals.

Despite attempts by HMRC to portray the new regime as a logical fit with existing tax rules, the overwhelming response from law firms has been negative, not least because the fixed share partnership model is so common across the legal sector and the impact of these changes is so widespread.

Although many law firms may find relatively straightforward ways around the rules, the cost and time involved in implementing such changes – particularly given the timeframes involved – should not be ignored.

What is also true is that the focus on the self-employed status of partners came as something of a surprise to many in the sector, particularly as the original focus of the consultation document issued in May 2013 had been much more on corporate members of LLPs.

‘Suddenly very different proposals were on the table. People were upset because HMRC had moved the goalposts just four months before the rules were due to be implemented,’ said Gary Richards, chairman of the Law Society’s tax law committee and partner at law firm Berwin Leighton Paisner.

HMRC proposed three tests for establishing whether or not an LLP member should be treated as an employee, based on capital, influence and disguised salary remuneration (see box 1). These have come under fire from critics who argue that they involve arbitrary and unrealistic assumptions about the relationship between a partner’s capital contribution and their income from the LLP.

In particular, a requirement to show that 20% of the member's expected remuneration is related to the profits and losses of the business as a whole was labelled 'too mechanical' by Big Four tax chiefs responding to questions at a Finance Bill sub-committee hearing on the changes. Similarly, the difficulties in deciding on ‘significant’ influence are likely to result in a large number of appeals to the tax tribunal.

While some LLPs may shun a workaround of the rules and simply take the tax hit, the requirement to operate PAYE could have cashflow implications, as it brings forward the tax payment date. In cases where the total employer’s NIC liability is expected to be significant, firms may seek to pass some or all of that cost to individuals. However, given the competitive nature of the sector, the knock-on effect in terms of staff retention could be significant.

‘The alternative of simply absorbing the costs and reducing profits of the firm is likely to be equally unpalatable, so the expectation is that the large majority of firms will look at ways to ensure the new rules will not apply,’ Griffiths says.

Despite attempts by HMRC to portray the new regime as a logical fit with existing tax rules, the overwhelming response has been negative

Although the UK’s top 100 law firms saw average fees per fee earner in the last quarter increase by 4.5% compared to the same period last year, according to Deloitte figures, Deloitte partner Jeremy Black warned that those firms focused on the relatively stagnant domestic market continue to face significant challenges.

For many partnerships, the preferred route around the new rules is to ask salaried partners to stump up more capital in the business, with anecdotal evidence suggesting that banks are being swamped with requests for loans for capital contributions.

Law firms including Baker & McKenzie, Nabarro and TLT are among those to confirm that non-equity partners will be asked to stump up at least 25% of their expected annual earnings in order to exempt them from employee status. With junior partner remuneration in City firms now starting at £150,000, according to the latest salary survey from legal recruiter Michael Page, those affected by the changes could face taking out loans of around £40,000 each.

While fixed profit partners may (perhaps begrudgingly) see their investment as a stepping stone to contributions they will have to make on becoming equity partners in the future, they would be forgiven for being nervous about injecting 25% of their pay into the practice given the raft of law firm failures of late, ‘especially if they are not privy to the finances of the firm,’ warns Chris Barrington, a partner at Jackson Stephen LLP.

For the firms themselves, any cash injection from fixed-profit partners could offer them the benefit of a more robust capital base, stronger balance sheet and improved working capital.

Given concerns expressed by the Solicitors Regulation Authority (SRA) on the financial stability of the sector, Peter Noyce, a partner at accountancy firm Menzies LLP and head of the firm’s professional services division, argues this is a positive - albeit unintended - side effect of the new rules.

Another workaround being considered by firms is to restructure remuneration to ensure that at least 20% of members’ income is not fixed. ‘New guidance published by HMRC suggests that the 20% non-fixed income may become increasingly popular, particularly since HMRC accepts that even the non-fixed income can be paid in advance to partners and only clawed back if at the end of the financial year, partnership profits are not sufficient,’ says Griffiths.

Anti-avoidance measures will prevent artificial structures implemented to circumvent the rules from being successful, including arrangements put in place for individual members' remuneration to be paid to a corporate member, “but there’s an element of recognition that firms will want to restructure for good commercial reasons,” Richards says.

Too little, too late

Further guidance on the proposed new tax rules for salaried members of LLPs was issued on 21 February. But despite adding considerable detail, including many practical examples and interpretations (see box 2), it has done little to soothe the deep-lying concerns held by practitioners.

The 28 examples of partner permutations are certainly helpful, practitioners say, but they were issued with just five weeks to take them into account, apply them and act on them, many complain it was too little, too late. ‘The guidance is helpful and people can draw some comfort from it but guidance isn’t legally binding and can be changed,’ warns Richards.

In the meantime, the challenge for law firms is to quickly assess their remuneration, management and financial policies to decide what changes are needed to secure the correct tax classification of their members, says Paul Reynolds, tax partner at Haslers, who specialises in advising legal firms. ‘In doing so, they need to be wary that the draft legislation is subject to change,’ Reynolds adds.

Complete certainty on what the new rules mean in practice will not surface until Royal Assent is obtained on the Finance Act in July 2014. In the meantime, the changes have left a bitter taste in the mouths of many lawyers who believe the hidden agenda was a perception rife at HMRC that nearly all LLPs are formed as a tax ruse.

As Maryanna Sharrock, tax partner at Stephenson Harwood, explains: ‘It is not pleasant for law firms to be told by HMRC that partnership structures that have been used since long before LLPs ever existed amount to tax avoidance.’

Removing the fixed share member stepping stone to full-equity partner is not without its downsides, not least making it more difficult for firms to manipulate their headline profitability per equity partner (PEP) measures.

It also means that inexperienced members of the LLP will be thrown in at the deep end and find themselves competing with experienced full equity partners as soon as they accept the member badge. ‘You need some time to make that transition. It can be quite brutal,’ warns Mike Giles, finance director of law firm Field Fisher Waterhouse.

Peter Doyle, senior partner at specialist employment law firm Doyle Clayton, predicts that the new rules are likely to up the ante in terms of firms’ requirements to become a partner in the firm. Those firms making cash calls on fixed share members may face some difficult questions about what exactly they are getting for their investment, Doyle warned.

For those fixed share partners who, as a result of the new rules, end up becoming employees in the firm, the psychological impact of their change in status could be significant. ‘It could be felt as a bit of a slap in the face,” says Patrick Stevens, CIOT’s tax policy director. ‘The psychology at that level of the firm is hugely important.’

In practice: how it works

Member A receives a salary of £200,000. This is guaranteed so it is payable irrespective of the level of profits or losses. There is no requirement to contribute capital, no right to participate in profits and no requirement to repay salary in the event that the partnership is not profitable for the period of account. On the facts given, Member A is a salaried partner.

Member B receives a salary of £50,000, which may be reduced if the profits are insufficient to pay all the agreed members' salaries. In addition, Member B receives a 10% share of profits remaining after members' salaries have been paid. Member B is genuinely exposed to the risk of loss of entitlement to the salary and enjoys the prospect of benefitting from partnership profits. Accordingly, Member B is not a salaried partner.

The facts are as for Example 1, but in addition, Member A will receive 10% share of the profits if the profits exceed a figure that is many times the actual turnover of the business. The intention is that Member A will only ever receive the guaranteed salary and the profit-sharing entitlement is intended to prevent the legislation from applying. On the facts given, Member A is a salaried member.

How the profession stacks up: facts and figures